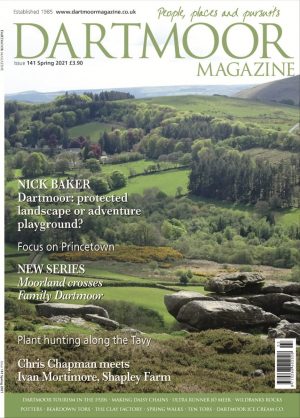 THE magazine for all lovers of Dartmoor!

One year's subscription delivered to your door or email inbox
£18.00Print Edition £10.00Digital Edition
Login to your account

I have long been an advocate of the mental and physical benefits of regular exercise – something which has featured very regularly in the press since the start of lockdown 01 last year. My particular ‘bag’, if you like, is walking. I used to be a fanatical horse rider, but changing circumstances put me back on my own two feet almost thirty years ago. I also took on the commissioning of walking and climbing books for my then employer David & Charles Publishers, which resulted in regular trips to Scotland and the Lakes to go ‘work walking’ with potential authors. Sounds like a good excuse, doesn’t it?! But to be honest it’s the best way of getting into an author’s head and reaching an understanding of the book they want to write (which may not tie in exactly with what the publisher in question wants to publish). It’s up to the commissioning editor to find a middle way and commission a book that the author can be proud of and the publisher can sell!

So I’ve always been a great believer in walking as the best way to communicate and progress plans, rather than (especially at the moment) endless Zoom meetings and emails. I understand of course that using walking as therapy isn’t on the cards for everyone, and I am forever grateful that I can at the moment go down that route. By the same token I like to meet new contributors to Dartmoor Magazine face to face, and have regular catch ups. 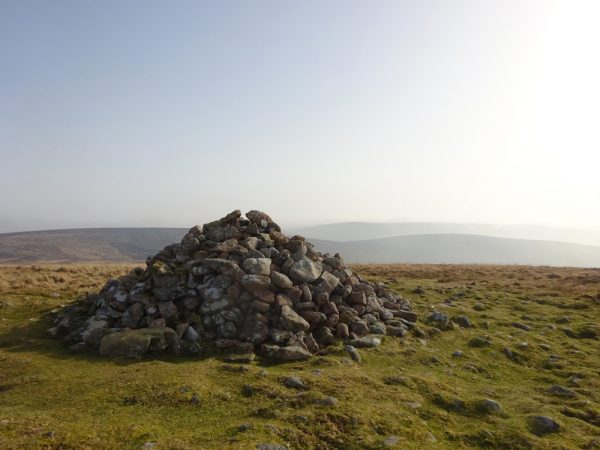 But sometimes only a long ‘walk and talk’ on the moor will do, and so it was that on a magical spring day recently I found myself at King’s Oven, near the Warren House Inn, to meet a colleague with whom I am working on a new walking book project. We had lots of things to discuss – finances, format, design, distribution, sales, timing – and both agreed that we’d make far more ground (excuse the pun!) walking and chatting during a day out on the moor. We headed up to the cairn – stunning views to the south – on Water Hill, then north along the edge of Fernworthy Forest (planted to replenish timber supplies after the First World War) to the monumental clapper bridge by Teignhead Farm (abandoned in 1943). 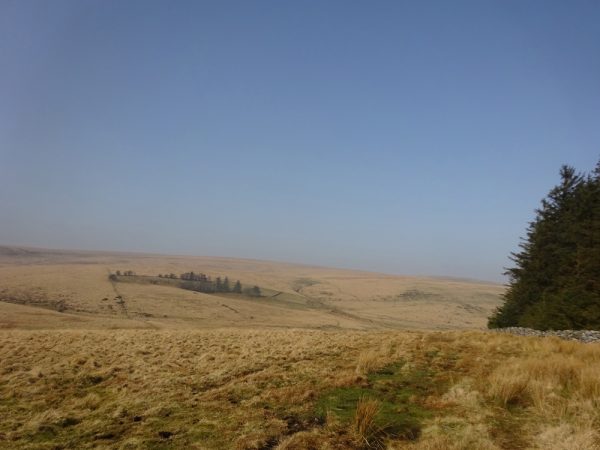 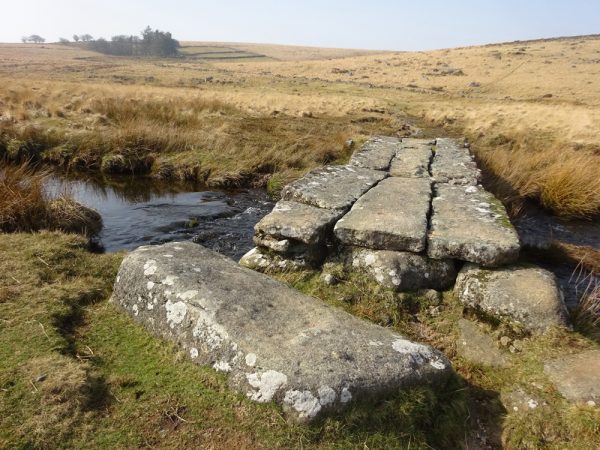 We crossed the clapper bridge and continued over the slopes of Manga Hill above the North Teign River, from where (above the waterfalls) you get one of my favourite ‘out in the middle of Dartmoor’ views downvalley. Further on we dropped down to the river and followed it to the clapper bridge over the North Teign below Scorhill stone circle: the perfect picnic spot. (I think by this time we’d got the format and design aspects sorted out!) 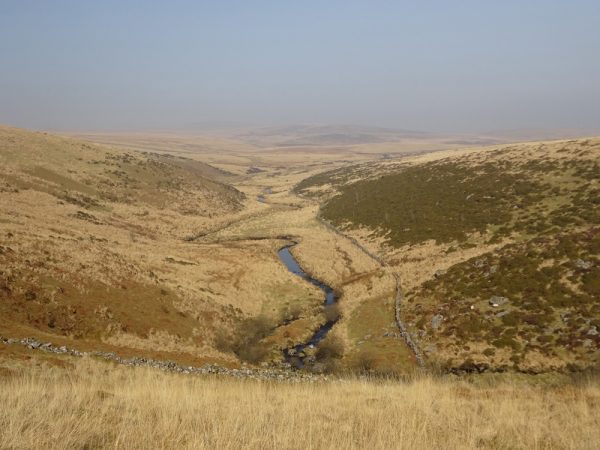 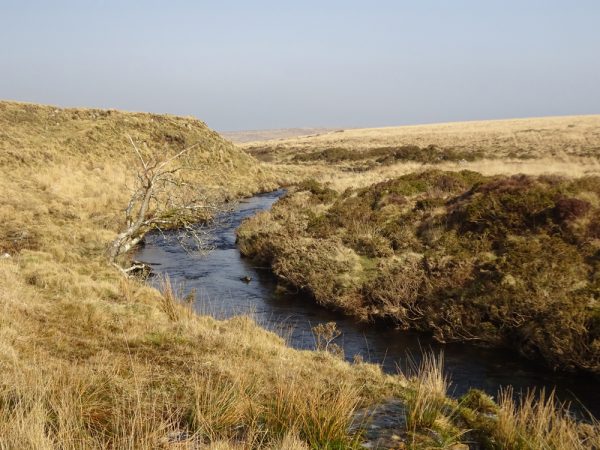 From there we made our way to Batworthy Corner, then Kestor Rock with its famously deep water-filled rock basin (it is said that when it was cleared out in 1856 it was railed to prevent sheep from falling in). Then over Thornworthy Tor to Fernworthy Reservoir, where the light started to go a bit strange! We picked up the route of the Two Moors Way across Chagford Common, passing the impressive stone rows on Hurston Ridge, and back to King’s Oven (sales and distribution sorted!). A hugely satisfying and enjoyable day, and lots of important decisions made. 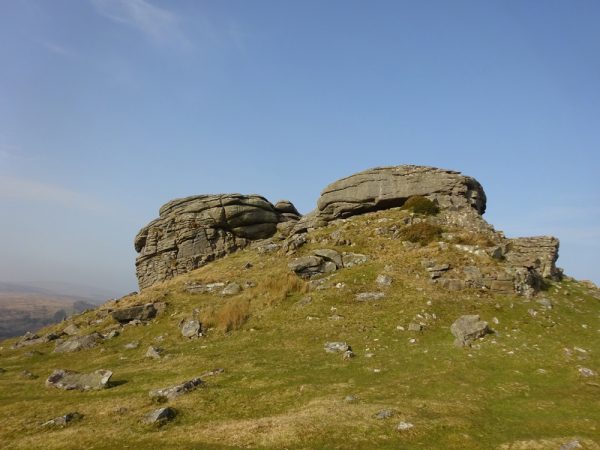 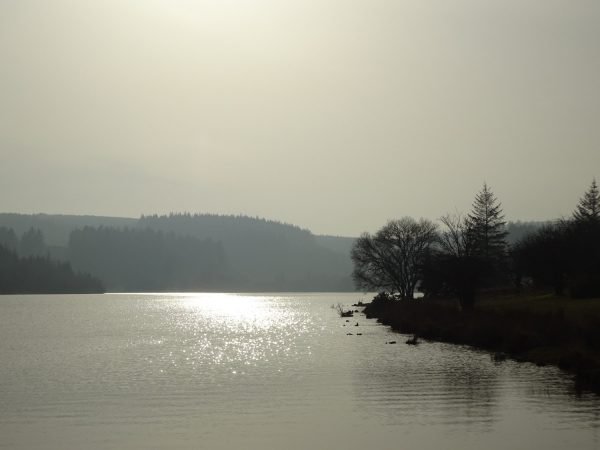 Not every walk I do is such an intentional ‘work walk’, of course, but every time I go out on Dartmoor, for whatever reason, I am aware that I may be able to take a photograph, or pick up a bit of information, that might be useful for a future issue of the magazine. The front cover image on the spring issue was taken on a lockdown walk in April last year, when my eldest son and I walked from home to Easdon Tor. It was actually a landscape shot, but designer Becci cleverly spotted its potential as a portrait image for the cover. Last weekend I went back to Easdon. I  have friends who say that these outlying tors – those surrounded by lanes and walled fields – don’t really ‘count’, ie they’re not on the moor ‘proper’, but I love them for their contrasting landscapes and the network of quiet lanes and hedged byways used to access them. The way to Easdon Down from home is exceptionally pretty, so I’ll just share a few photos here since they are so different from the walk outlined above. First the cross on the green in North Bovey; St John’s Church; and the River Bovey from Blackaller Bridge. 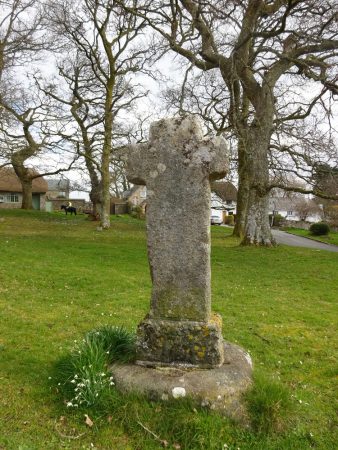 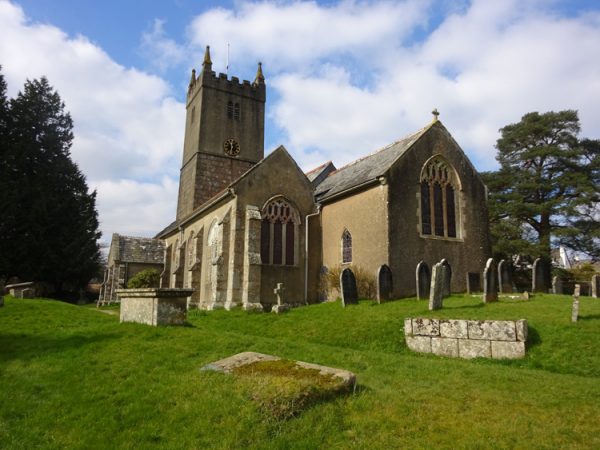 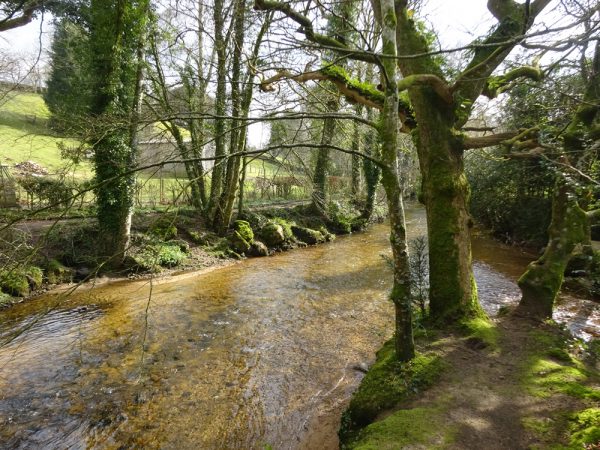 From the bridge the walk follows the lane uphill and through Old Yarde, before picking up the lovely hedged byway that heads southwest towards Langdon; then it’s a left up the bridleway onto the open ground of Easdon Down and a steady climb up to the trig point (439m) , with its view over Whooping Rock and Heathercombe below. 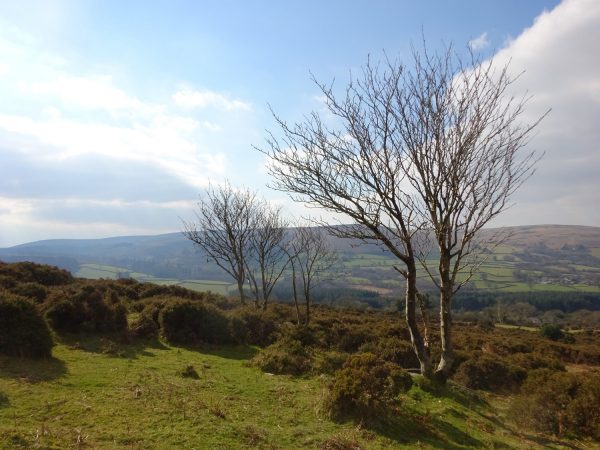 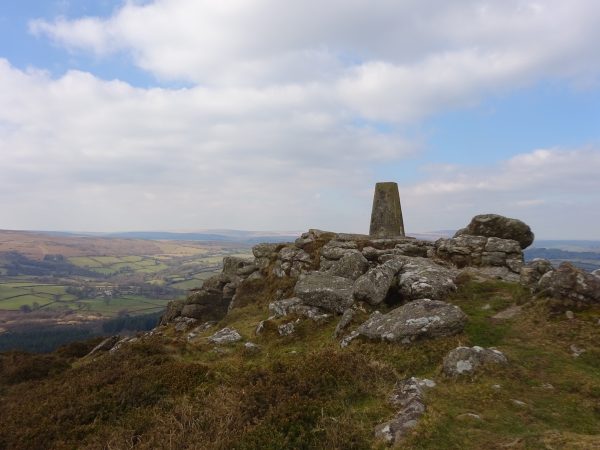 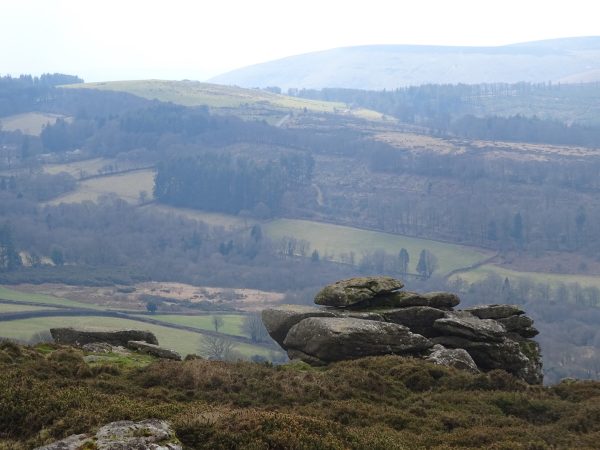 The homeward route heads east from the tor over level ground, with amazing views to the south: layers of tors! Haytor, Greator Rocks and Hound Tor, with Hayne Down (and Bowerman’s Nose – I thought it was in shot but now I’m not so sure!) in the foreground. 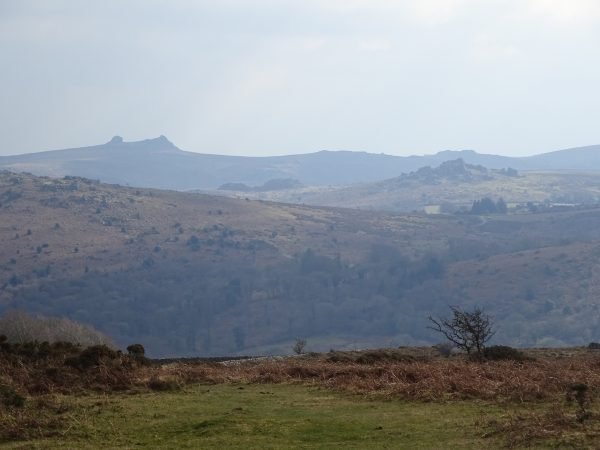 I headed home through the lanes, keeping an eye out for violets and primroses: it really does feel now that Dartmoor is waking up to spring! 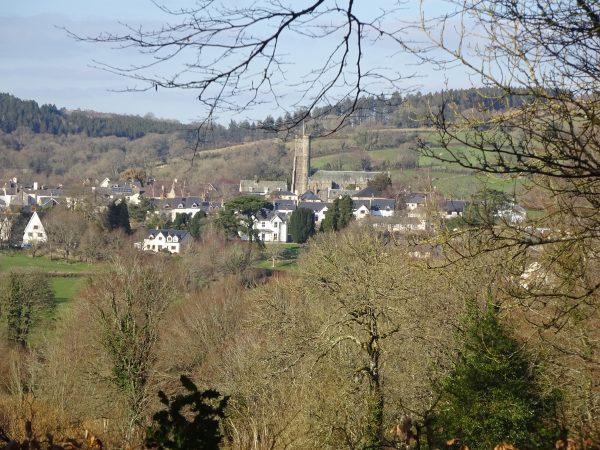 Great news! Jason Way Photography’s image of Bowerman’s Nose #Dartmoor has been chosen for the cover of the new edition of the OS Dartmoor map. Congratulations! ... See MoreSee Less

When this happens, it's usually because the owner only shared it with a small group of people, changed who can see it or it's been deleted.
View on Facebook
·Share

Rosemary has been walking The Dartmoor Way to raise funds for Dartmoor Search and Rescue Team - Tavistock. 108 miles in 10 days. A fantastic effort!Day #10. Lydford to Tavistock, on a very rainy day!

Rosemary has finished!! What a wet day for the last day of the challenge, but the rain didn't dampen Rosemary's spirits.

A small number of DSRT Tavistock and a few of the Tavistock Ramblers were on hand to clap Rosemary back into Tavistock.

A massive congratulations to Rosemary on completing her challenge, and we would like to say a huge thank you to her, and everyone who has donated to this challenge.

It's not too late to donate still, please visit the link if you would like to www.justgiving.com/fundraising/Rosemary-Clarke10 ... See MoreSee Less

How are you all at Challacombe, keeping well I hope. Love the video. Love and blessings Ruth, Nigel and Misty

A fascinating post about one aspect of #dartmoor history - and an amazing achievement! ... See MoreSee Less

The #dartmoor Railway is moving along well... passenger services between Exeter and Okehampton are due to restart later this year. ... See MoreSee Less

Yes it is wonderful news 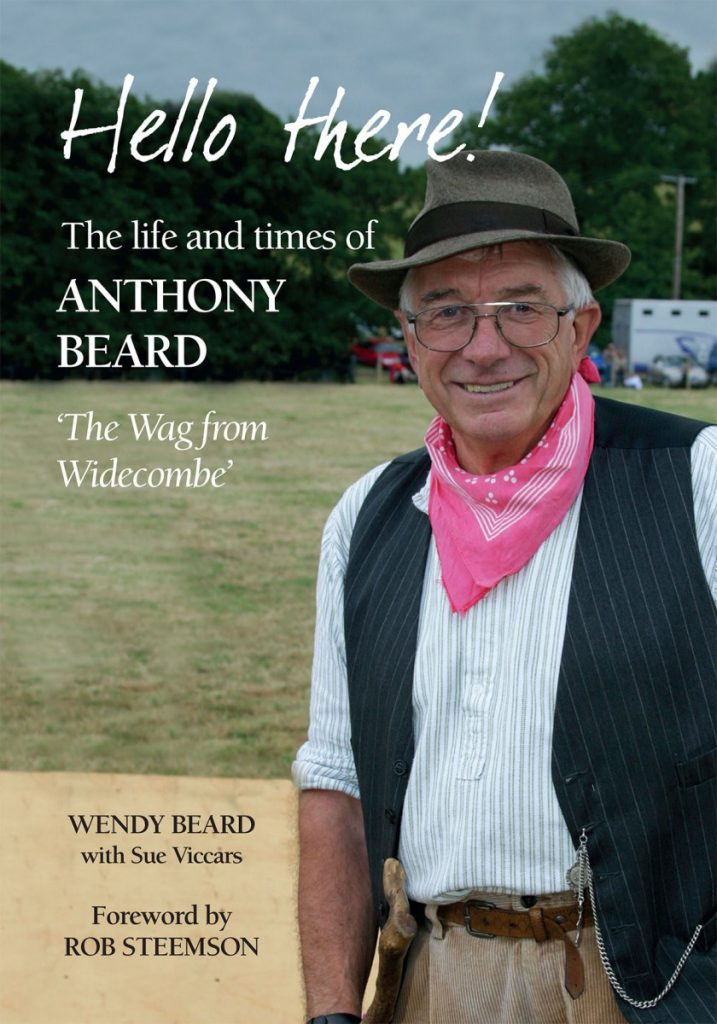 Hello There! The Life and Times of Anthony Beard ‘The Wag from Widecombe’

END_OF_DOCUMENT_TOKEN_TO_BE_REPLACED 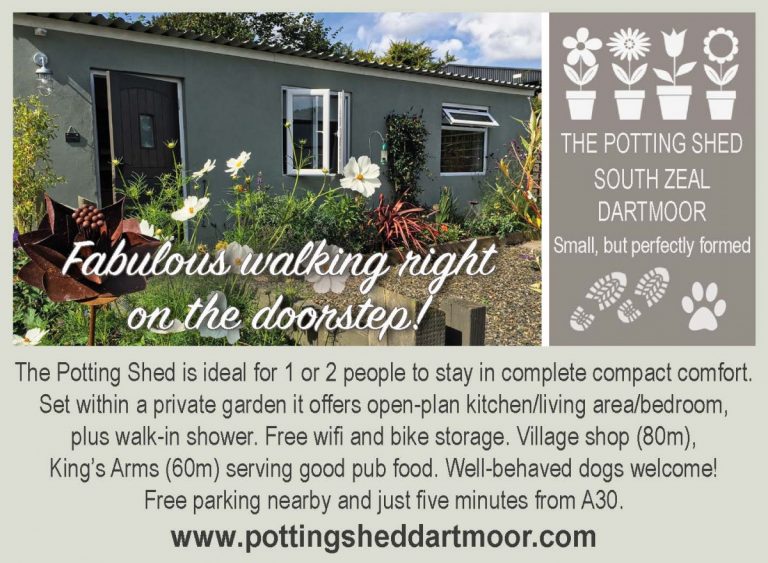 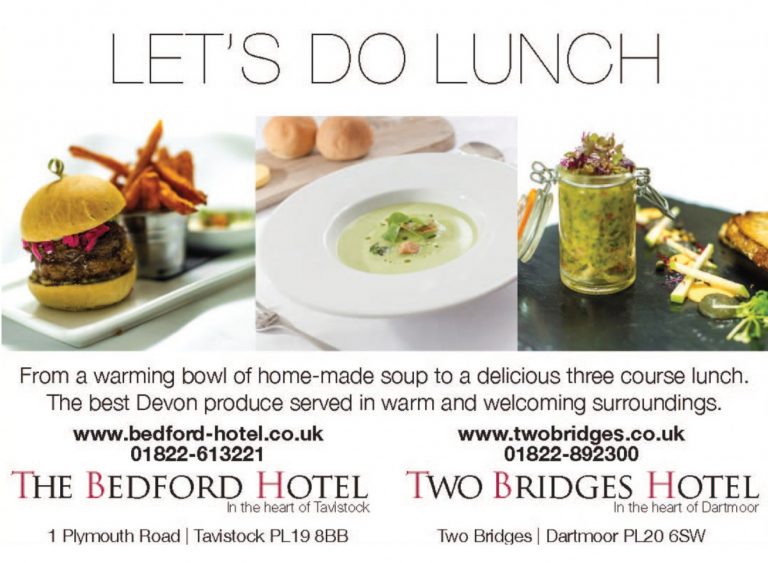 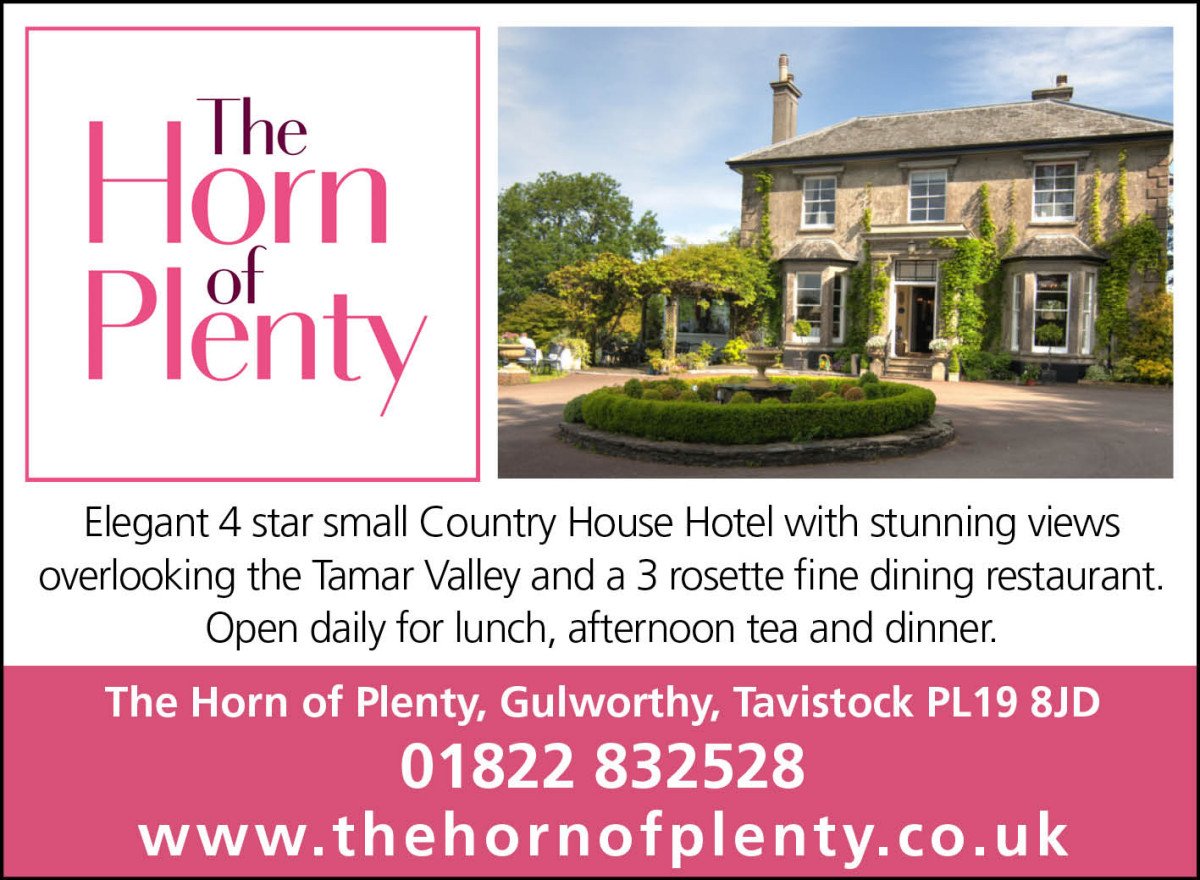 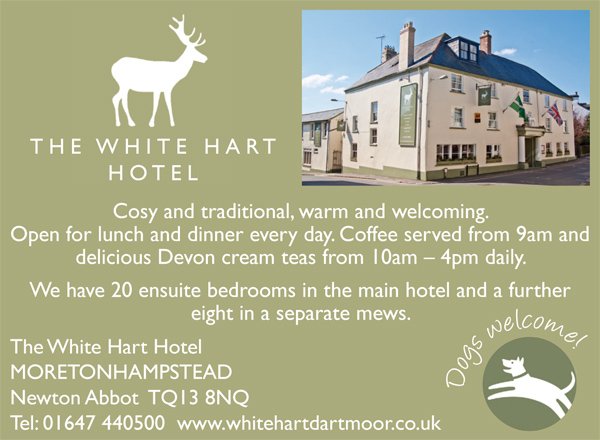 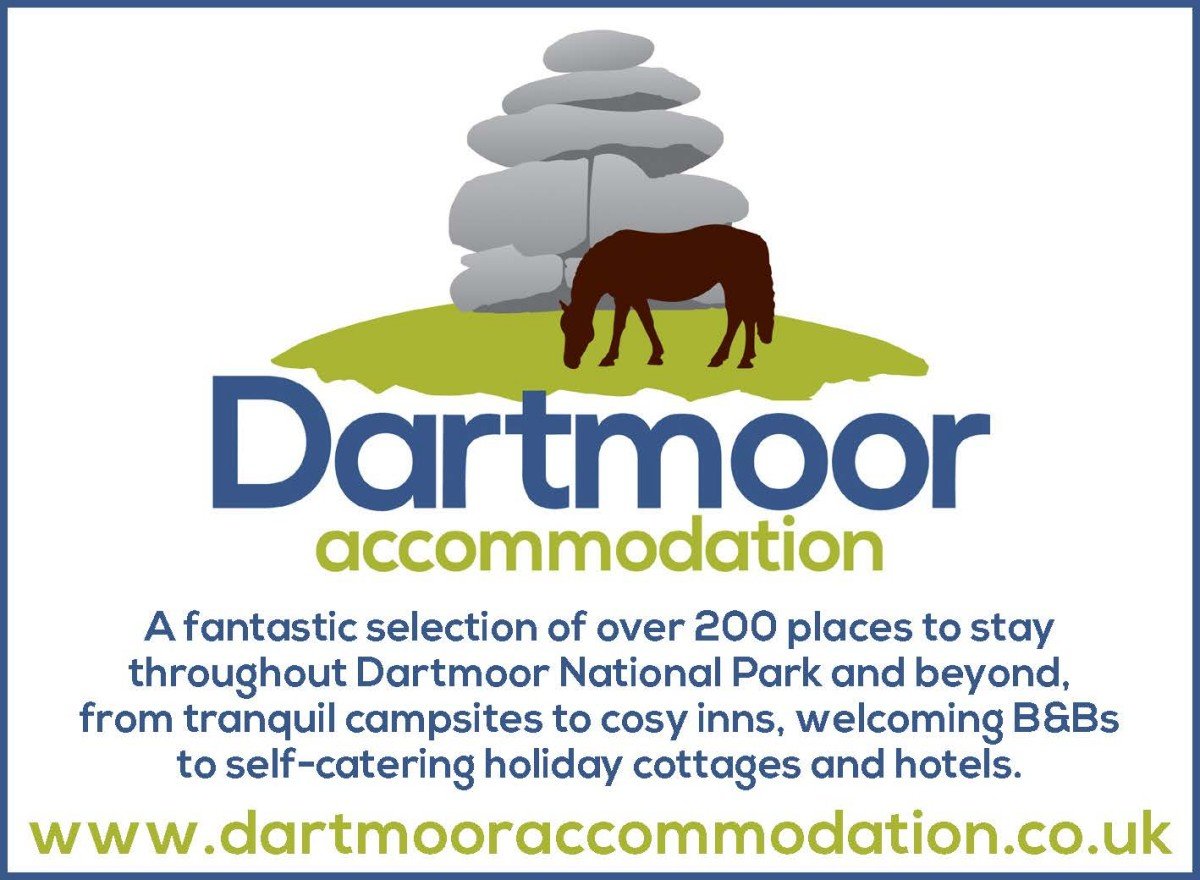 If you experience difficulties ordering your subscription or back issues online please call at any time on 01647 441174 or email us at enquiries@dartmoormagazine.co.uk and we will be glad to help.

Subscribe
Advertise with us
Download our media pack and find out more about how to advertise your business with us
Find out more
We use cookies to ensure that we give you the best experience on our website. If you continue to use this site we will assume that you are happy with it.OkayFind out more