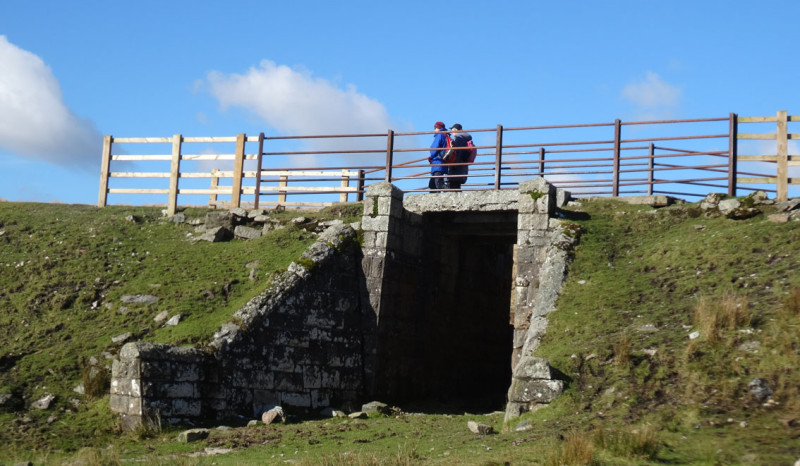 This March (3rd to be precise) marks the 60th anniversary of the closure of the Princetown branch line, which ran from Yelverton to the heart of the moor. Now a popular walking and cycling route, on a clear day the extraordinarily far-reaching views just take the breath away: what a fantastic train ride it much have been. Originally a horse-drawn tramway (opened in the early 19th century by Thomas Tyrwhitt to serve granite quarries at Foggintor, King’s Tor and Swelltor) it was later replaced by a steam branch railway line (1883 to 1956 – closed before the infamous Beeching cuts). 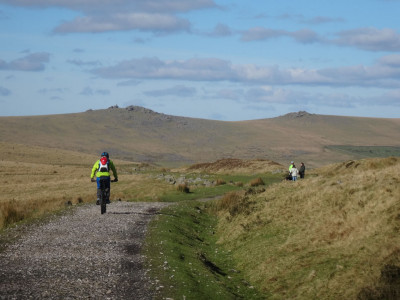 The original tramway went into the heart of the village of Princetown (then Prince’s Town) and terminated at the rear of the Railway Inn (no more) on the square. There are no tramway or railway buildings left today, other than that which stabled the horses used to carry goods (brought up by steam train) around the village. 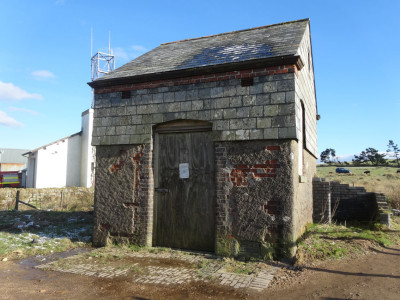 The line has a fascinating history. I’ve walked the line several times before, but was particularly drawn to visit it now for two reasons: Monday’s weather (after a pretty bad weekend) was magical, and  the spring issue of Dartmoor Magazine includes a feature by Simon Dell telling the story of the branch line. The timing seemed perfect; and working on any feature about a particular aspect of Dartmoor always makes me want to go see for myself. It’s an easy walk, too: level and not too rocky underfoot, with ever-changing views and bits of industrial archaeology to look out for. 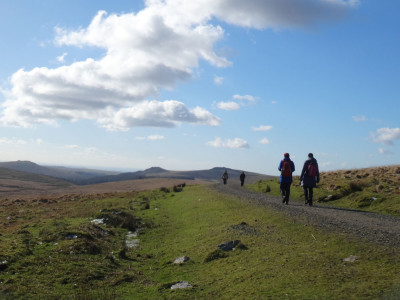 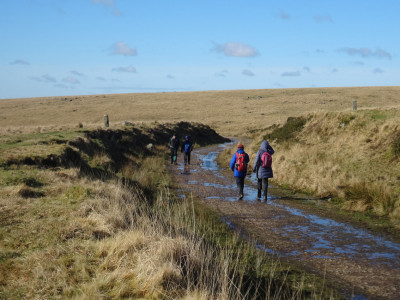 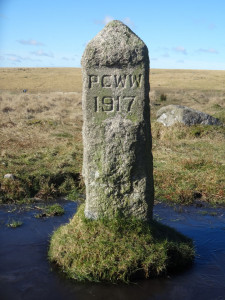 For much of the way as the line runs west the forward route can be seen far ahead, running below Ingra Tor where once there was a halt. 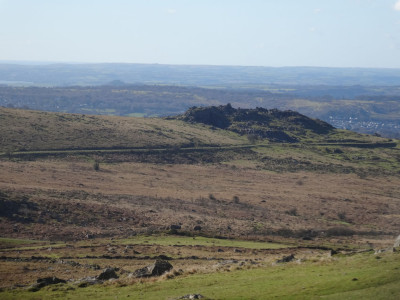 The line sweeps northwest between Foggintor and Swelltor, following level ground and giving fantastic views towards King’s Tor, and later across the open moor to the trees marking the remote Four Winds car park (site of the old Foggintor school) and craggy Great Mis Tor beyond. 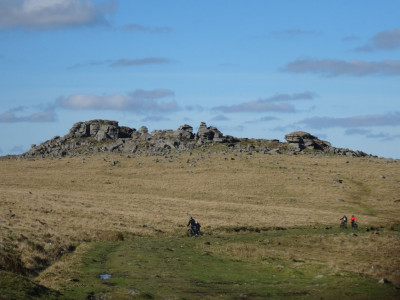 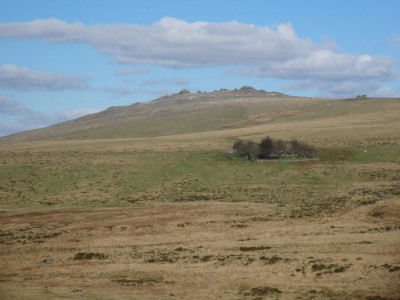 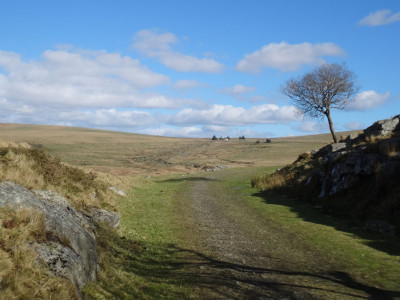 The next sharp curve takes the line in a southeasterly direction, via a cutting: there are views ahead as far as Plymouth Sound. We found a sheltered spot out of the wind where we had lunch overlooking Vixen Tor (with the greatest drop of any tor on Dartmoor: 100ft plus) above the Walkham valley. 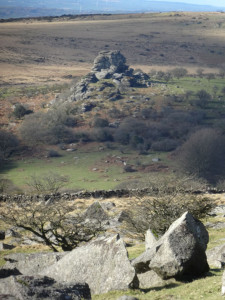 A quick detour via a quarry siding lead us to the pile of 12 rather beautiful granite corbels, originally made for use in the construction of London Bridge, but surplus to requirements. 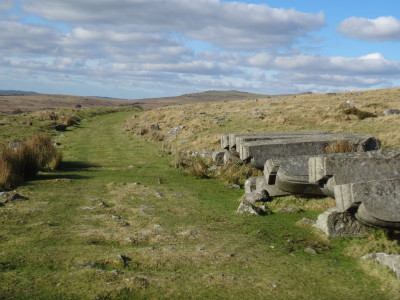 On we went, all the way to Ingra Tor (spotting intrepid sheep on Swelltor spoil heaps en route!). 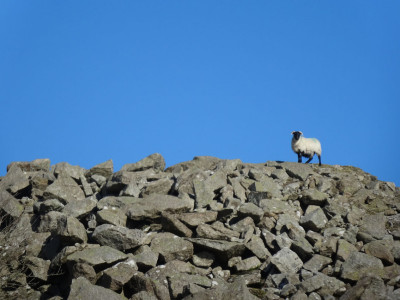 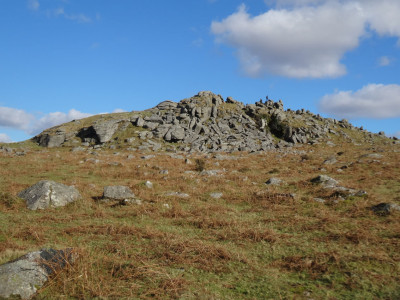 There we turned for home, cutting off the neck of the King’s Tor loop to shorten our return. Back at Princetown we looked across to the buildings of the Dartmoor Brewery… 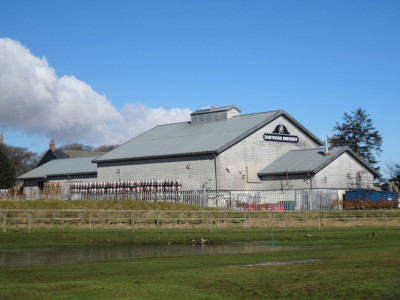 … but despite being tempted by thoughts of beer and cider 4pm on a Monday afternoon felt just a little too early! So instead we piled gratefully into the reliably great (and buzzing, even on a Monday pm) Fox Tor Cafe for restorative cups of tea and warmth. 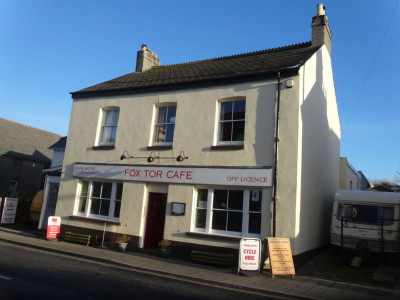 As you can see from these photos, the weather was glorious. I can thoroughly recommend a walk along the old line on a sunny winter’s day, when you’re just not in the mood for tramping across pathless and no doubt saturated moorland! And if you want to know more about the history of the line  get hold of a copy of the spring issue of Dartmoor Magazine, out at the end of this month.