What links Dartmoor’s Moretonhampstead with The Hound Tor Inn, Conan Doyle’s Hound of the Baskervilles and the Kon-Tiki expedition?

I have two people to thank for providing words and photos for this blog. The fascinating text – and archive images – come from Edward Allhusen, a former colleague at David & Charles publishers, long-term subscriber and fellow resident of Moretonhampstead. The lovely Hound Tor photos (the header image is mine) are taken by Rob Hutchinson of Dartmoor Photos. Thank you both!

I know that Edward’s words will both inform and inspire, and maybe someone out there can give me some more information on both The Hound Tor Inn* and its interesting sign. The photo below was taken in 1949 and shows members of the Allhusen family outside the inn. Edward says, ‘The enlargement clearly shows the sign which seems to be a cutout of someone in a white gown riding a dragon! Clearly hanging from the metal bracket. A hound, breathing “fire” from the phosphorous, painted onto it by the evil Stapletons in the book [The Hound of the Baskervilles – see below], I could understand – but a dragon? And I cannot see the name but curiously I remember it with one!’

* I’ve had a look back through the Dartmoor Magazine archive and the only reference I can find to the inn is in issue 25, winter 1991, in a letter from the late Dave Brewer. He says, ‘In the property pages of the Western Morning News of 12 October, Swallerton Gate is offered for sale, comment being made of the property that “it is understood to have been a moorland inn and cider house in the 18th century”. It is generally accepted that this was indeed once an inn, in this century becoming a tea-house for a while, and we have a photograph, possibly from the 1950s, which shows a sign reading “Hound Tor Inn – Teas – Hand Weaving”. Hemery (High Dartmoor) also gives it his name saying “Hound Tor Inn, a hostelry active in the early days of the wool trade”, but was this always the name attributed to it?’ 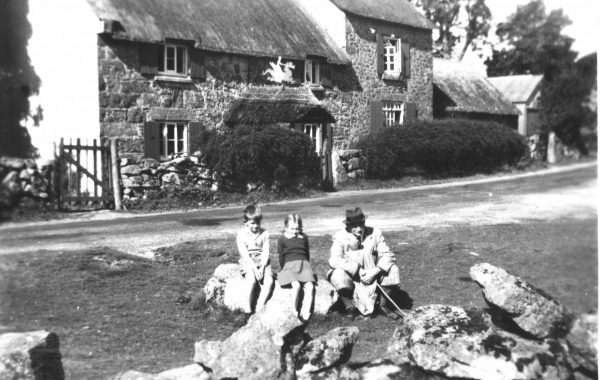 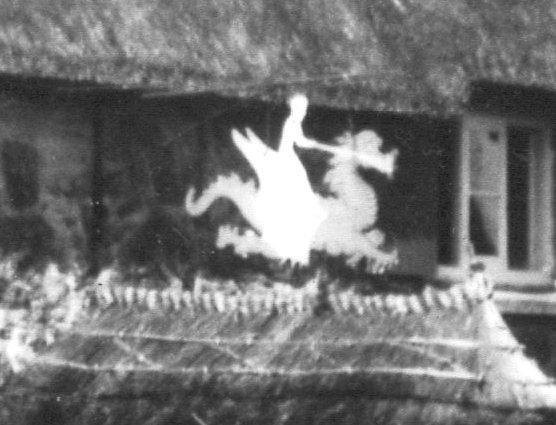 Hound Tor and other local landmarks were, as everyone knows, the inspiration for Arthur Conan Doyle’s The Hound of the Baskervilles. What may not be known by so many is that the thatched cottage close to the car park also played a part in the creation of another international bestseller.

Swallerton Gate, as the cottage is called today, is now a private dwelling but many years ago it was known as The Hound Tor Inn. The only remaining indication of this previous life is the metal bracket above the front door from which once hung the inn’s sign. I am not aware of it ever having been a pub with a bar and regular locals so perhaps today it would be described as a guest house or bed and breakfast but in the early 1950s, when I first knew it, it was definitely called an inn.

It was a favourite holiday destination of my parents and I joined them there on many occasions, starting when I was a toddler. In those days there was open moorland opposite where there are now enclosed fields; there was no car park and very few visitors. The stream that now skirts the car park was frequently dammed by us children long before the environment was ever a consideration. The landlady was a Victorian-born spinster called Miss Messent who was also a spinner, dyer and weaver of locally sourced wool. One of my earliest memories is seeing her at the end of the passage leading to the single-storey section of the building on the right of the front door where she was stirring what appeared to be a large cauldron. She always wore long dark woollen clothes which were presumably all home made. In the dim light you can imagine what this sight did for the imagination of a small child. But of course rather than creating magic spells she was dyeing wool, probably using plants she had gathered on the moor. She also had a spinning wheel and, at the far end of the building, a loom that went clicketty-clack.

A generator hummed away in the background providing a modest amount of electricity, and I recall taking a pail to a local farm to collect the milk.

When staying there on one occasion my parents were introduced to a young Norwegian couple who were fellow guests. He was instantly recognisable as the explorer Thor Heyerdahl who had captured the world’s imagination by sailing his raft Kon-Tiki, built of balsawood bound together with hemp ropes, 5000 miles across the Pacific Ocean from Peru to Tahiti in 1947.  He wanted to prove that ancient people could have undertaken long ocean voyages and that the islands in the western Pacific were most likely first populated by people from South America. A perilous voyage undertaken by a group of latter-day Vikings on a raft built to a primitive specification was just the sort of adventure that the world needed to witness as it emerged from the dark years of war.

The Heyerdahls frequently stayed at The Hound Tor Inn having first done so to write his book The Kon-Tiki Expedition which has been translated into over 70 languages. The copy he sent to my parents is inscribed ‘in memory of pleasant company at Hound Tor’ together with a picture postcard of Kon-Tiki, thanking my parents for the card they had sent him, which was posted at Cranmere Pool.

Edward also says that some years ago he asked Tony Beard if he remembered Miss Messent, but he could not.

I have no photos of Swallerton Gate (which, it being now a private house, would be inappropriate anyway), so end this post with a selection of Rob Hutchinson’s photos of Hound Tor. Readers may also be interested to know that Dartmoor National Park has recently released a film about Hound Tor medieval village. ‘Medieval Houndtor: A Contested Landscape’ tells the story of the village and celebrates the contribution pioneering female archaeologist Marie Minter made towards our understanding and conservation of Dartmoor’s heritage. The film is available to watch via Dartmoor National Park’s YouTube (https://www.youtube.com/watch?v=k9mW6LrD_UQ) channel. The film explores the excavation of the abandoned site in the 1960s, led by Mrs Minter, who sadly died a few years before the results were published. Initially thought to have eighth-century origins, the settlement is now considered to have emerged as a permanent village in the early thirteenth century. As well as investigating the story of the dig and its finds the film reveals documentary evidence surrounding the marching of 26 men on the ‘vill’ in the 1230s, and the tumultuous fourteenth century during which climatic change, the agrarian crisis of 1315-22 and the Black Death of 1348-9 all left their mark.

See you again soon! I have some ‘confessions of a magazine contributor’ pieces to share with you in the coming weeks… 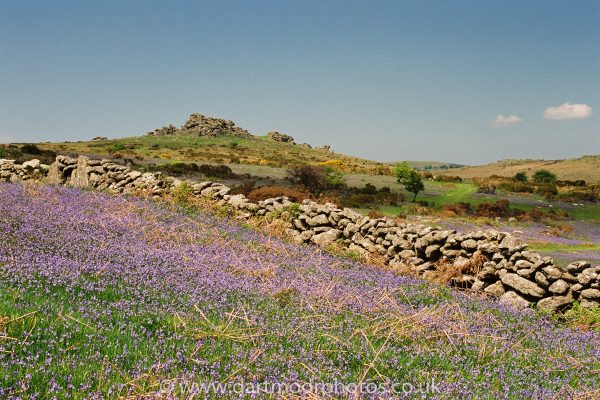 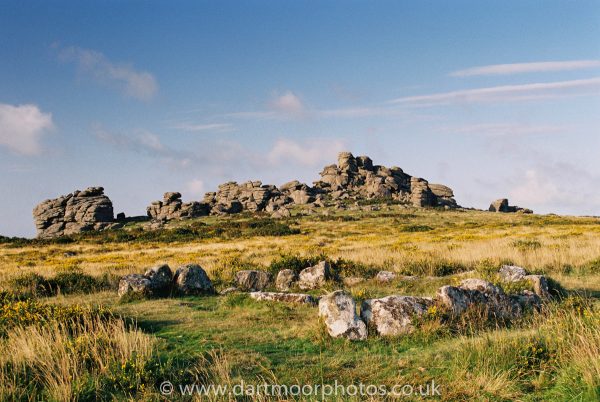 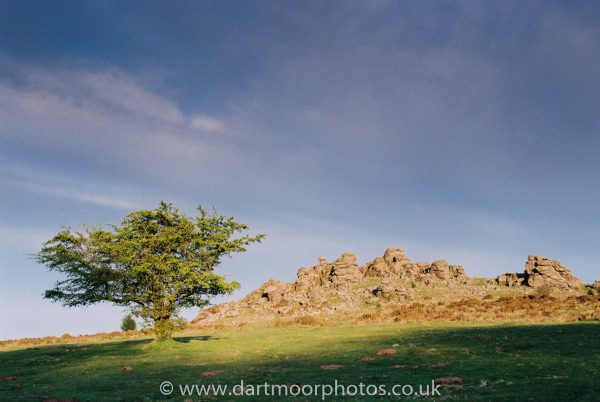 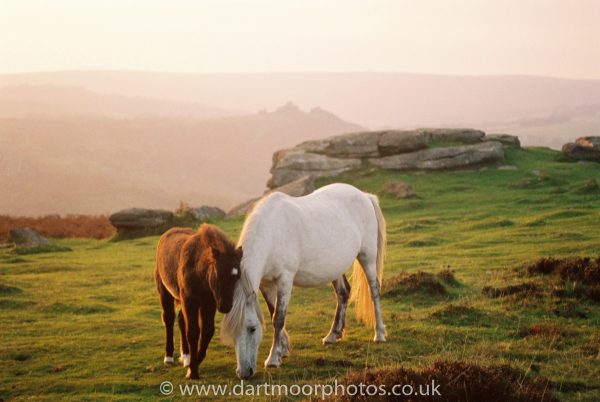