I’ve run out of time! I had intended to produce a full-blown blog post today, but it’ll have to wait until, after Christmas… for now I’d just like to say a huge thank you to everyone who’s supported DM for another year (I’m not even going to mention the ‘C’ word). In my next blog I’ll talk about how it’s all going at this end of the operation, and plans for 2021 and thereafter.

In the meantime I’d like to share some images and a few reflections from a recent walk from Fernworthy. I’m revising my little yellow Dartmoor Short Walks for all the Family book (which means I get the chance to re-walk a number of the routes and record any changes). I’d forgotten how beautiful this 5.5 mile walk is, starting from the car park at Fernworthy reservoir (pay & display now) – there are lovely views across the water to Thornworthy Tor from the off. The reservoir resulted from the damming of the South Teign river (1936–1942). 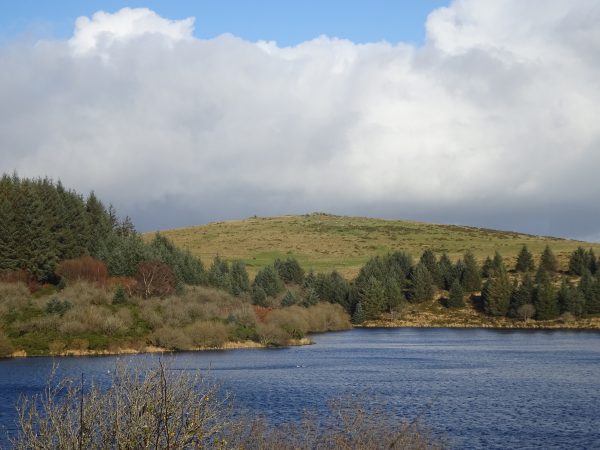 The walk follows the shores of the reservoir before heading west along a bridleway through the Forestry Commission plantation, passing a small Bronze Age double stone row and stone circle en route. The Forest was planted from 1919 to 1936 to replenish timber supplies after WWI. 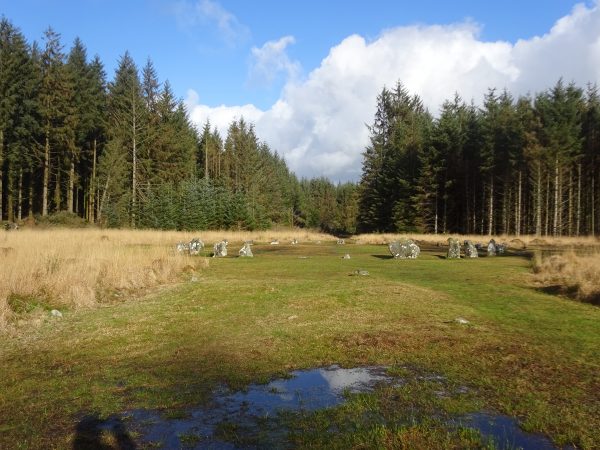 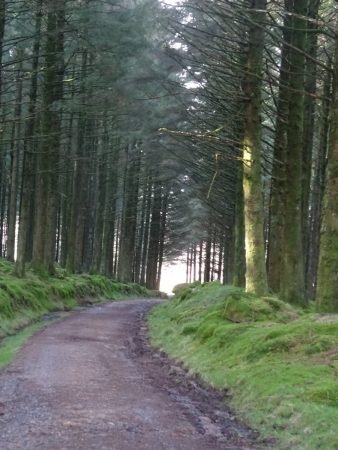 … the bridleway meets a gate leading onto the edge of the upper North Teign valley, with stunning views downriver – see the header image, with Cosdon Hill in the distance (for me this is what Dartmoor is all about!) – and across to the ruins of Teignhead Farm, which was occupied from 1808–1943 – a pretty lonely spot. 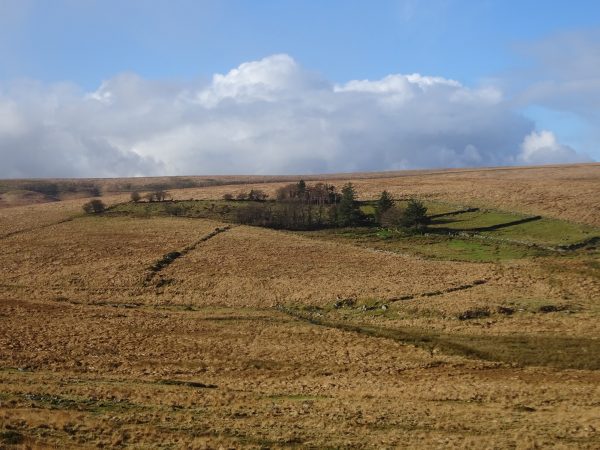 The idea behind this route was to give walkers who might be a little nervous of heading out across pathless moorland the chance to do just that, but with the security of the forest boundary never too far away (though this is a walk that shouldn’t be attempted in poor visibility by anyone unsure of their navigation skills). Having said that I got the line of the route to the next port of call, Grey Wethers stone circles, a little wrong! The next photo shows my friend Brenda valiantly heading across said ‘pathless moorland’… 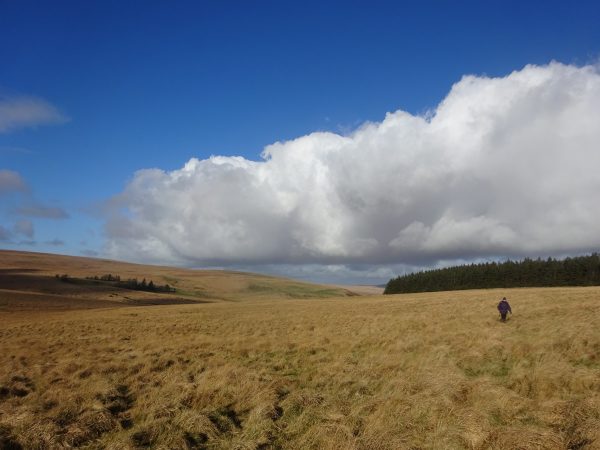 … but we made it (mental note to tweak the route directions a little). The legend attached to Grey Wethers records that their similarity to a flock of sheep (when seen from a distance?) resulted in them being sold to a newcomer by a canny local. Another legend relates how unfaithful wives were forced to kneel in front of one of the stones: if it fell on her and crushed her to death that proved her innocence (somewhat late in the day). Today the circles make a good picnic spot at the (just over) halfway point in the walk! 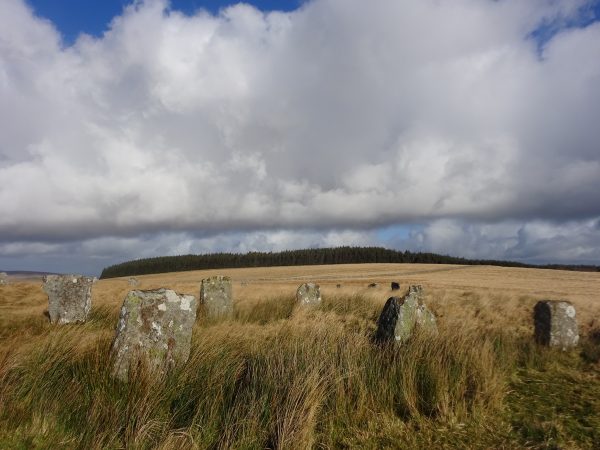 From there it’s plain sailing back along a drystone wall to the forest boundary, which is followed to a ladder stile in a deep combe – then it’s a question of weaving your way along forest tracks back to the reservoir and the outward route. 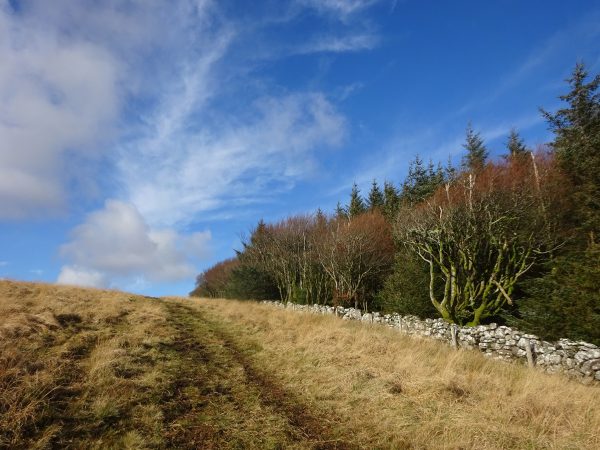 All that remains for me to say is I hope you all have a happy and peaceful Christmas (and roll on 2021…!). Here’s to better times.