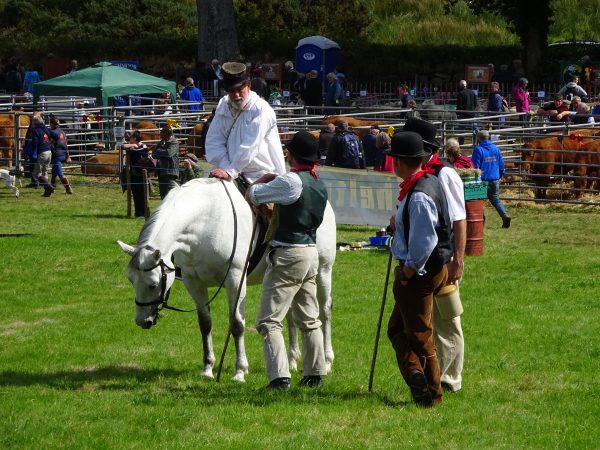 I don’t know how it works in your part of the world, but in my corner of Dartmoor we always reckon that Moretonhampstead Carnival procession – held in the fourth week of August – marks the start of autumn. It’s usually a bit early, to be honest, but by that time the evenings are already starting to draw in (and in 2020 autumn seems to have come early). A couple of weeks later – on the second Tuesday in September  – comes Widecombe Fair, by which time autumn has well and truly arrived. We always attend the Fair and usually set up the Dartmoor Magazine gazebo the night before, to avoid any sort of mad panic on the following morning. As the sun goes down over the moor and the shadows start to lengthen – accompanied (always) by a heady smell of damp and crushed grass! –  there’s that wonderful sense of anticipation regarding everything to come on Fair day. 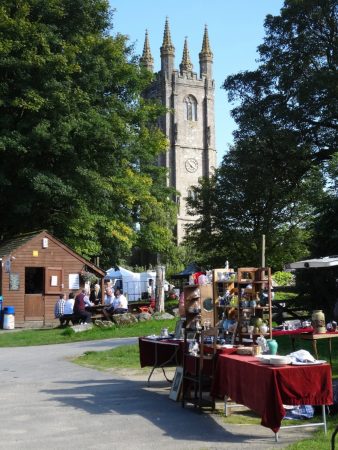 So this year has been very odd. I remember discussing our summer show programme with my brother back in February, when we’d completed booking forms for a couple, and wondering if any might get cancelled on account of the pandemic. We’d planned to go to Coombe Trenchard English Country Garden Festival  (5 & 6 June 2021), Yealmpton Show (28 July 2021), Dartmoor Folk Festival, (6–8 August 2021 – they held a virtual festival this year), Chagford Show (19 August 2021),  Christow Show (21 August 2021),  Moretonhampstead Carnival Food Festival (21 August 2021), Nourish (Bovey Tracey) and Widecombe Fair. We might have picked up some other events too, but one by one the cancellation notices came through, and pretty soon it became clear that there was to be no ‘normal’ over the summer of 2020. 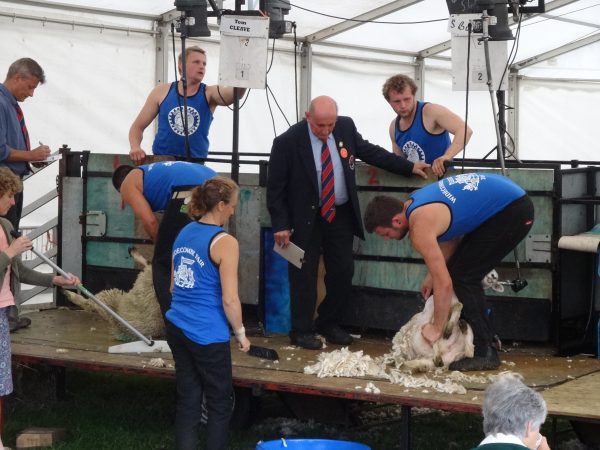 I love the shows: it’s great meeting so many subscribers and interested parties, and I catch up with loads of good contacts and get ideas for future articles. It has, admittedly, been nice having more time at home this year (the shows take up a lot of time and effort) – I’ve even managed to keep on top of the garden for the first time ever! But there’s definitely been something big missing from my life as editor of DM.

Widecombe Fair 202o would have taken place yesterday, so I thought I’d create a simple blog post so share some photos from past events. Back in 2015 I took a number of photos of Dartmoor people, including the much-loved ‘Wag from Widecombe’ Tony (Anthony) Beard (it was his last show – the photos didn’t come out too well), for many years commentator on the day. I did manage to catch Tich Scott (Chris Chapman subsequently wrote a wonderful article on the Scott family for DM) and Lewis Steer, who has since featured in DM and has gone on to do great things with his Greyface, Whiteface and Devon and Cornwall Longwool sheep (The Dartmoor Shepherd): we’ll be running another article about Lewis and his partner Flora in an issue next year. 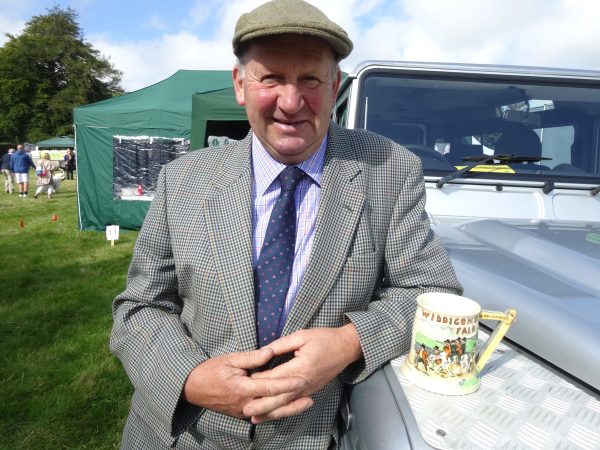 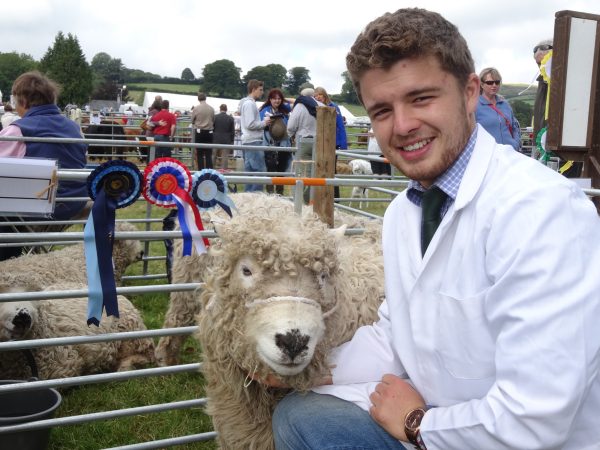 I always make sure to spend time going round the livestock pens (I have a particularly soft spot for Dartmoor’s native sheep!), and taking some photos for future use (I particularly like the one below of the rather relaxed bovine spectators at the ringside). 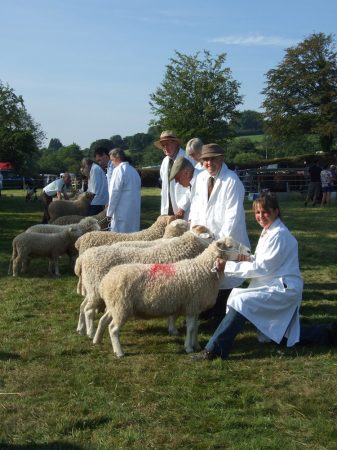 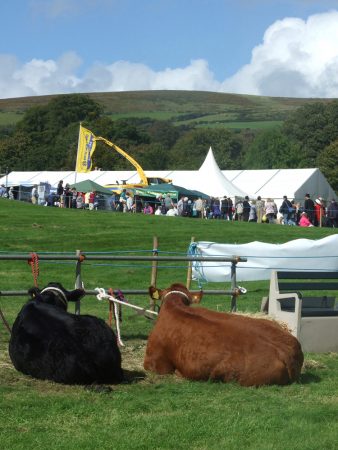 Another must is the produce tent, always home to a range of marvellous and magical items… 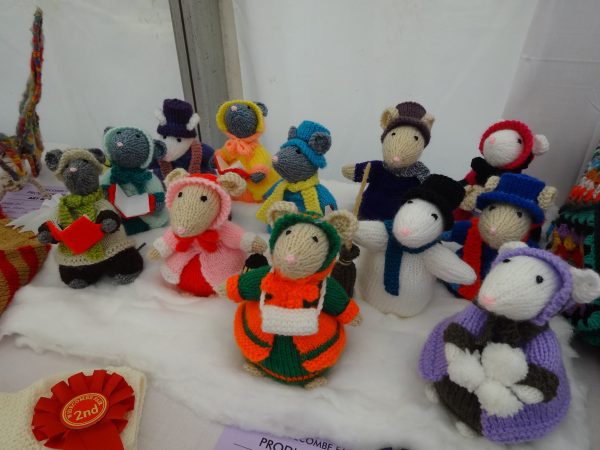 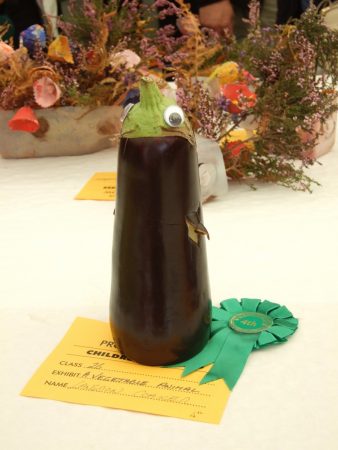 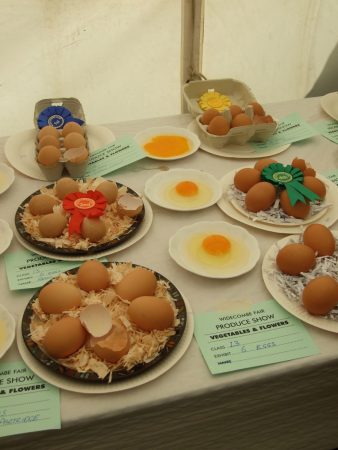 Over the last few years music has played an important part in the show, with a full day’s programme of performers in the big marquee by the main ring. In 2017 Bill Murray and Jim Causley put on a great performance. 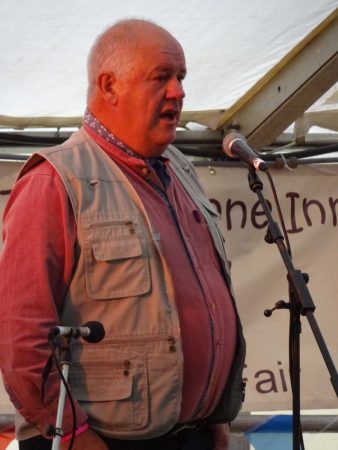 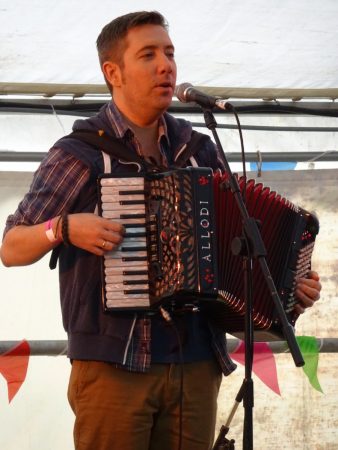 Events such as Widecombe Fair provide the perfect opportunity to launch any new local book (when it comes to sales you’ve got something of a captive market). Back in 2016 we (Blackingstone Publishing) launched Jez Wilkinson’s wonderful autobiography The Well Watered Land. Jez signed copies on the stand, and 90 were sold that day. Last year we launched Hello There! The Life and Times of Anthony Beard, Wendy Beard’s charming book about her husband, selling a fantastic 130 copies! The photos below show Wendy hard at work signing books, and the wonderful Uncle Tom Cobley working model which is on display in the Widecombe History Group’s Heritage Tent every year at the Fair. It made its first appearance at the Fair in 1959, after which it mysteriously disappeared. It was finally found in pieces in Cornwall and ended up in the Beards’ garage prior to restoration, reappearing at the Fair in 2009. 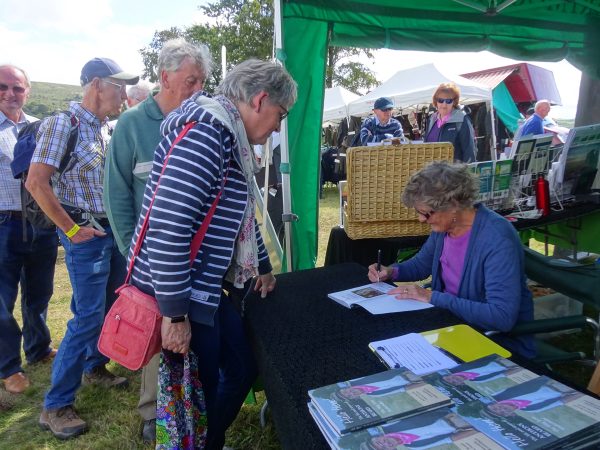 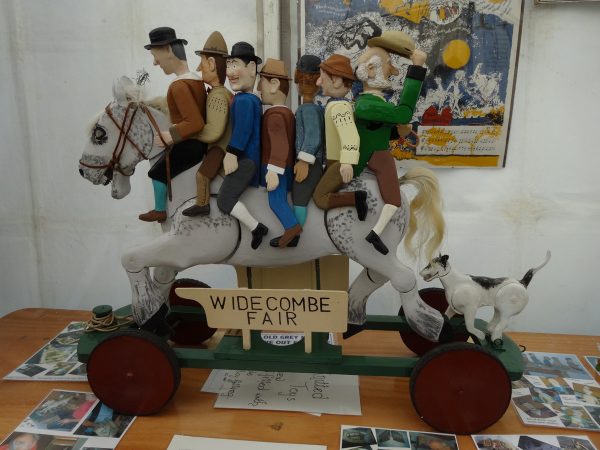 We’re usually still at the showground long after most of the visitors have gone home, so can enjoy the bale-tossing competition. Very often it seems – even if the day has been dull and overcast, and a little mizzly – that the skies clear and the competition takes place in that lovely strong late summer/early evening light I was talking about at the start of this blog. 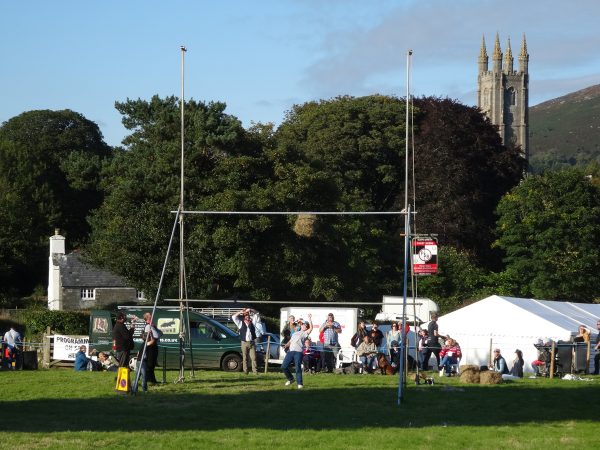 So there you have it: a look back at a much-missed Dartmoor event. Here’s hoping that next year will be different. 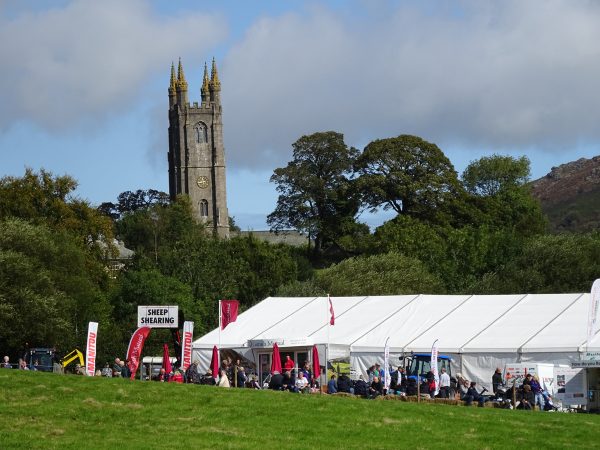 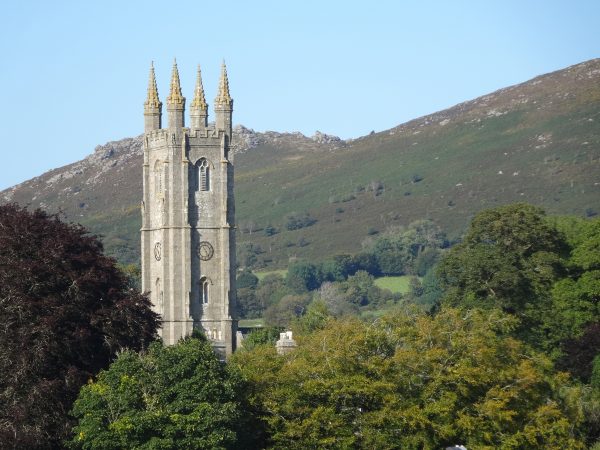