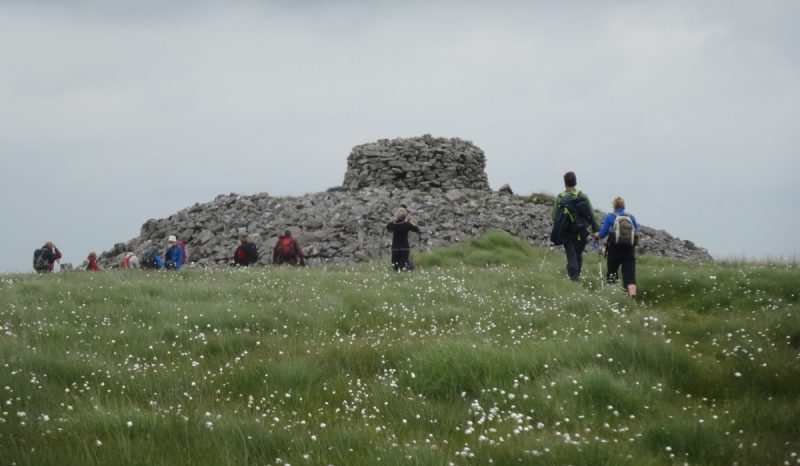 My walking year – Dartmoor, Exmoor and a spot of R(h)um – Part One

Over Christmas someone asked me (thank you Leslie!) how many miles I’d walked this year. I’ve never counted, but during 2016 I have got through yet another pair of expensive walking boots, so it must be quite a few! So I thought for my final blog of the year I’d look back through my walks photos and remind myself what I’ve been getting up to. So here’s Part One – January to May 2016. The header photo shows Eastern Whitebarrow on the south moor, visited on the Dartmoor Perambulation with Spirit of Adventure in early June. (I was going to include June, but there are too many photos!) 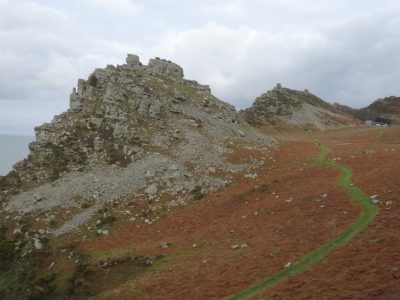 January – The Valley of Rocks, Lynton, Exmoor. A walk for the spring 2017 issue of Exmoor the country magazine (I’ve been writing walks for the magazine since around 2008). 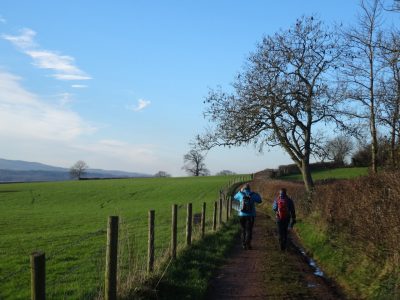 January – a gorgeous day in the Quantocks, remeasuring and reworking a route for the spring 2016 issue of Exmoor the country magazine. It’s always quite nice to have the excuse to do them again! 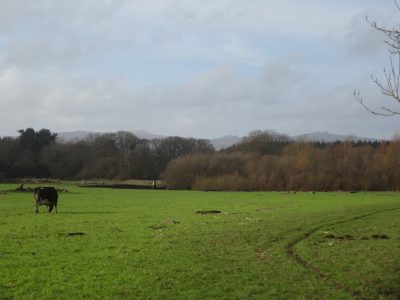 January – a distant view of Haytor from the River Teign meadows near Teigngrace. I was revising some walks for Crimson’s Pathfinder Guide South Devon & Dartmoor. 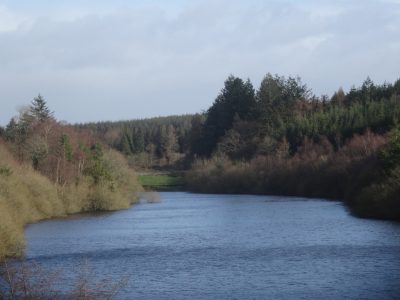 February – Trenchford Reservoir, photographed while working out the Walk & Eat route for the winter 2016 issue of Dartmoor Magazine. 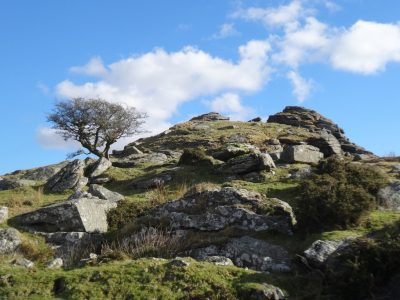 February – a non-work walk! A beautiful bright, sunny, cold day, perfect for a wander along the old railway line from Princetown to Ingra Tor with a couple of friends. 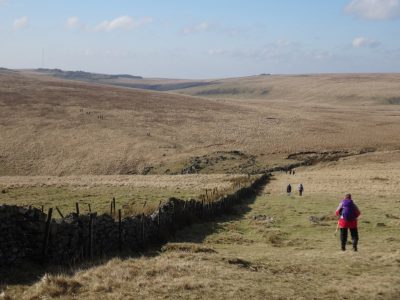 February – the Postbridge Challenge, in aid of Dartmoor Search & Rescue. It’s happening again this year, on Sunday 19 February. Well worth supporting, and a lovely day out. 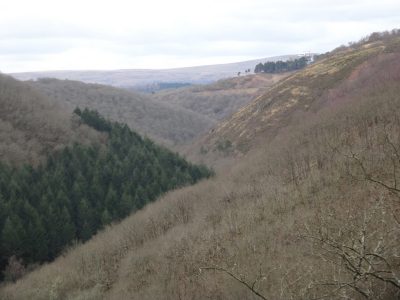 March – a bunch of us walked from a friend’s house by the Teign in Chagford back to Moretonhampstead, via the Teign Gorge, Fingle Bridge and Butterdon. 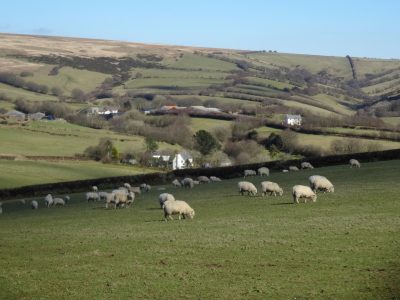 March – a change of scene and signs of spring! This was taken near Parracombe on Exmoor, while revising a route from the Exmoor & Quantocks Pathfinder Guide. 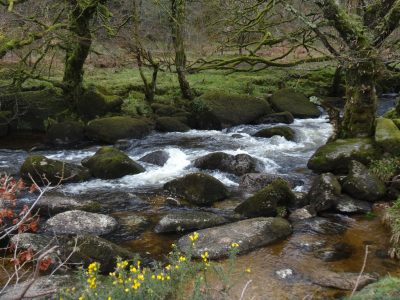 April – a wander alongside the West Webburn and East Dart rivers near Babeny, and a cream at Badger’s Holt at Dartmeet. Just for fun. 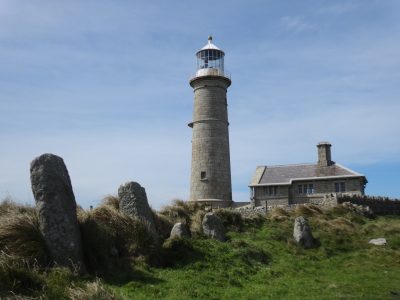 April – five days on Lundy, during which I celebrated my birthday (this is the graveyard and Old Light). It’s amazing how many miles you can clock up on a lump of granite measuring 3 miles by half a mile! 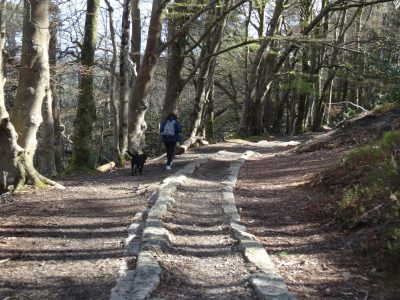 April – another walk in aid of Dartmoor Search & Rescue – this time the Templer Way, 18 miles from Haytor to Shaldon. Here’s the granite tramroad running through Yarner Wood. 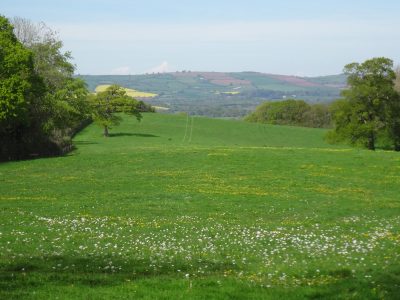 May – just a gorgeous walk in Exe Valley meadows and woodlands with a friend… spring flowers everywhere. 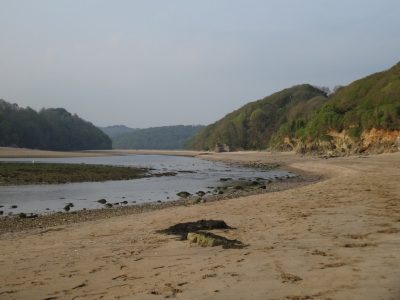 May – this was a Friday evening ‘let’s go somewhere different’ trip to Kingston and Wonnell Beach (photo is the view up the River Erme) in the South Hams, and fish and chips at a pub in Modbury. 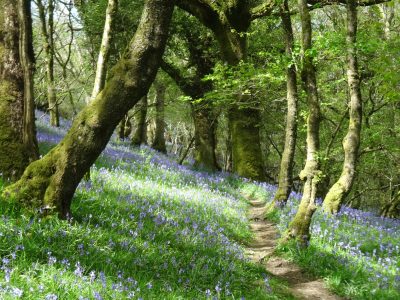 May – Halstock Wood near Okehampton, walked when writing a route for the magazine’s spring 2017 Walk & Eat feature. This is one I had to do twice since I went too early and there weren’t enough bluebells! OK on the second visit, however… 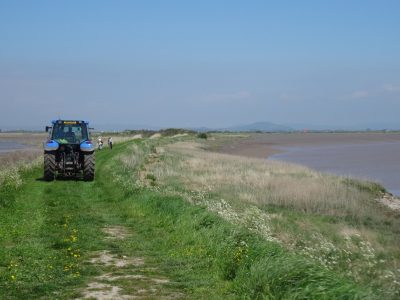 May – the River Parrett in north Somerset, and Brent Knoll in the distance. I was asked to write a route based on the new section of the West Somerset Coast Path… I didn’t know that the sea wall further up this path had recently been breached to create the Steart Marshes Reserve, and so I had to backtrack and work it all out again on another day. What a beautiful day to be out walking, though. 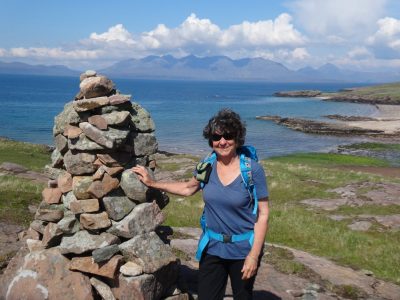 May – and to finish a photo taken on the Isle of Rum (it started as Rum, was changed to Rhum, and is now Rum again!) with views towards the Cuillin on Skye. A long weekend with a group of hillwalking friends from the Glasgow area, with whom I am lucky enough to be able to go exploring north of the border.

I hope there’s been enough Dartmoor content in this – this is supposed to the Dartmoor Magazine editor’s blog, after all – but it’s been fun for me to look back over the year and see where I’ve been walking. More to come in Part Two – sometime!