I’ve spent too many days at home of late, doing ‘useful things’. This is all to do with the weather, of course: as I write this, two days after Storm Eunice, we’re still experiencing much-stronger-than-usual-and-potentially-damaging winds, even here in the relatively sheltered Wray valley on the east side of the Moor. We lost power for most of Friday – it came back on late evening – with a repeat performance on Saturday. Today I’ve heard of many more people and places in the same boat. It’s all very sobering. 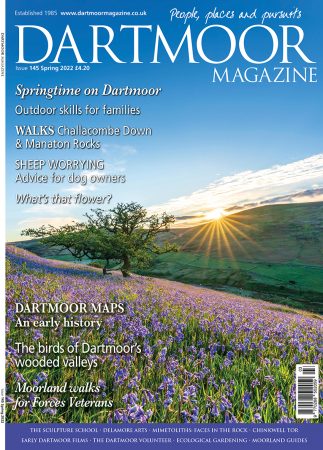 The spring issue of the magazine went to print as week ago, and will be arriving this Wednesday: then starts the delivery process! Once each issue goes to print I usually make the most of this ‘gap in proceedings’ to do some clearing up and refocusing: I have to firm up features for the summer issue and make sure that all the contributors know what they’re doing. But it’s usually a chance too to get out on the Moor for some much-needed R&R. Amazingly I managed to pick the right day this time: between one of torrential rain and the arrival of Eunice! I regularly meet a former National Park employee for these ‘non-work’ walks – his knowledge of the Moor is second to none – and with him I am managing to fill a lot of gaps in my knowledge, and visit some iconic locations that I have managed to miss to date. The header photo – Cuckoo Rock, on the slopes of Combshead Tor – says it all. 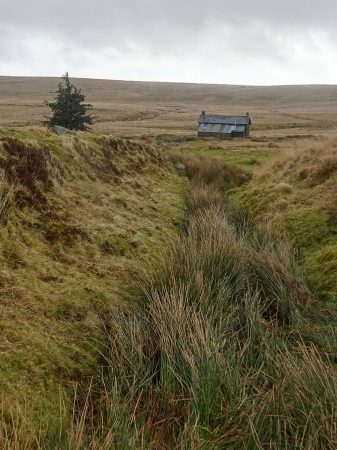 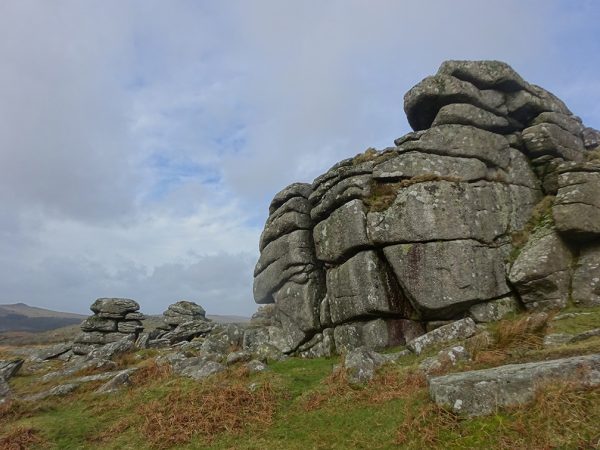 I’ve done a lot of walking over the years in the Ditsworthy Warren/Sheeps Tor/Newleycombe Lake area. I’ve been to Down Tor, and the stone row, but there’s a little chunk of land here that has so far escaped my attention! So that’s where we headed, via Nun’s Cross Farm and Combshead Tor, where the sun appeared – if only briefly. I was delighted to be introduced to the potato cave and the ruins of Combshead Farm (also known as Pengelly’s Farm after the last tenant, who died in 1931): it’s a very beautiful and atmospheric spot 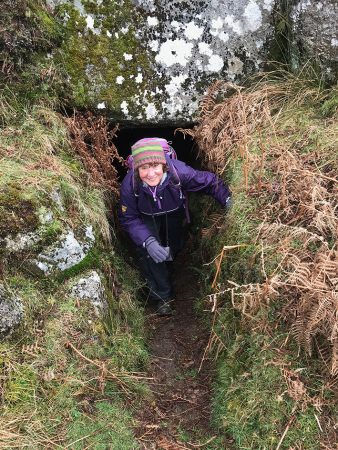 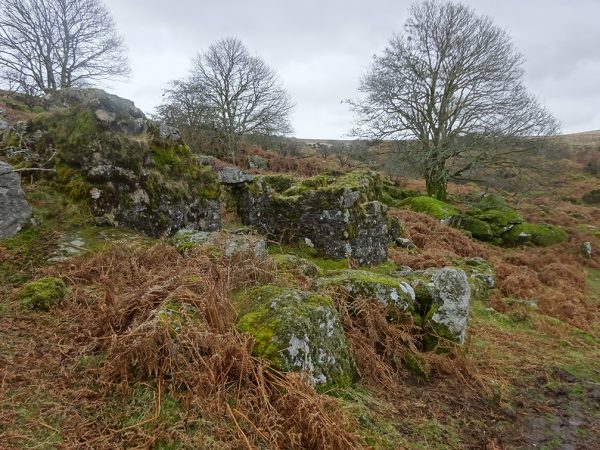 From there we headed up to Down Tor, then made our way across the Moor to the impressive stone row and cairn circle, restored in 1894. 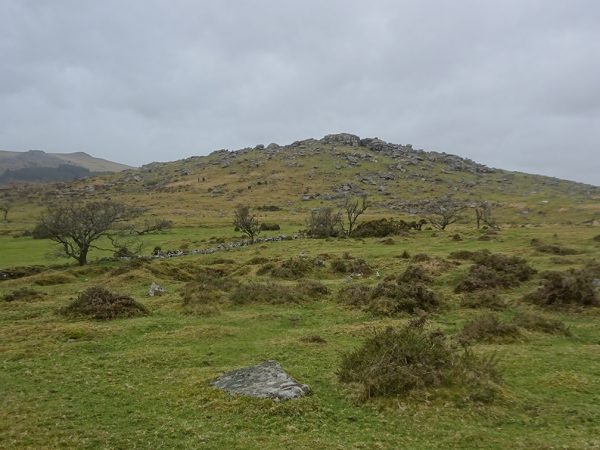 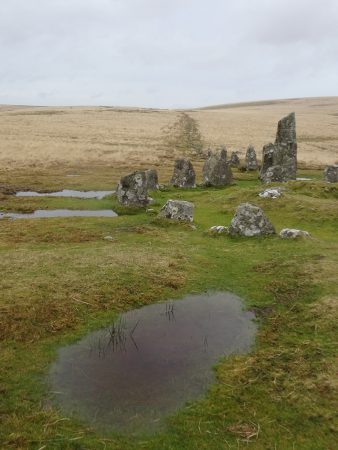 We made our way back to Nun’s Cross via the Devonport Leat tunnel, which runs from near Nun’s Cross Farm to this point. The leat was constructed in the 1790s to carry fresh water from the Moor to the expanding Devonport docks (it now terminates at Burrator Reservoir). I’ve walked much of the leat – the headweir is on the West Dart above Wistmans’s Wood – and it would be fun to trace its length (where possible) one day. 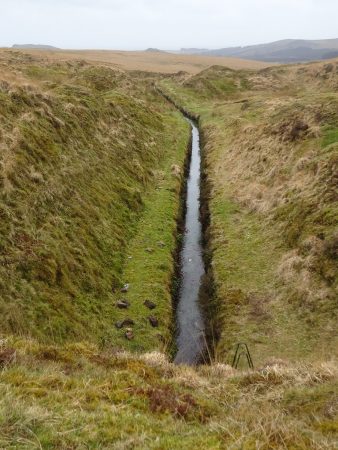