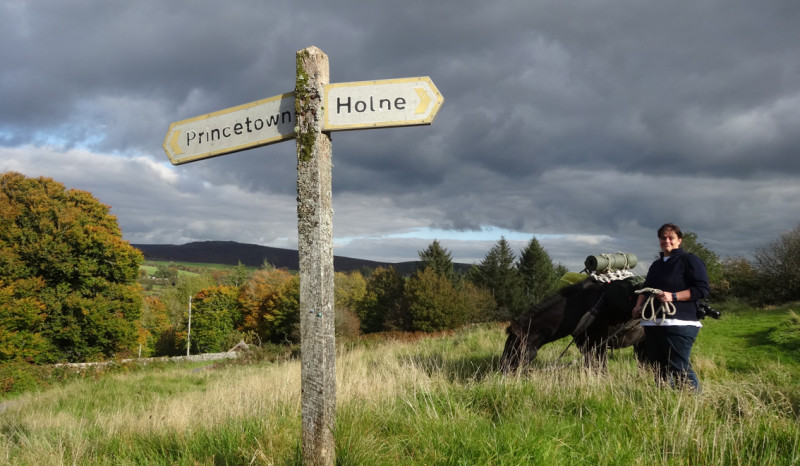 Across the moor with Dartmoor pack ponies

Earlier this week I joined one day of the Dartmoor Pony Heritage Trust’s 100-mile Pack Pony Challenge on their trek from Yardworthy, just off Chagford Common, to Tor Royal, south of Princetown: a hefty 15 miles. The team – Sam Goodwin with ponies Jasmine and Billy, Dru Butterfield of DPHT, and Dartmoor guide Paul Rendell (accompanied by a number of willing volunteers) – are spending a week traversing the moor via the four Dartmoor stannary towns of Ashburton, Chagford, Tavistock and Plympton, raising the profile of the Trust’s work in supporting the Dartmoor pony. 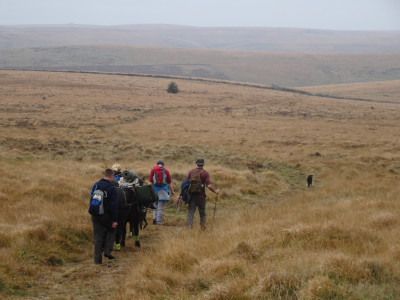 From Yardworthy we picked up a track across Chagford Common and then the northern slopes of Water Hill. Paul has devised the whole route to make the most of ancient moorland tracks, and we were soon following an old packhorse route between Chagford and Plymouth (red deer seen not far from the boundary of Fernworthy Forest). We paused for a moment by the clapper bridge over the leat that once took water from the East Dart waterfall to Golden Dagger Mine (just below the Warren House Inn). Paul proved to be a veritable mine of information throughout the day! 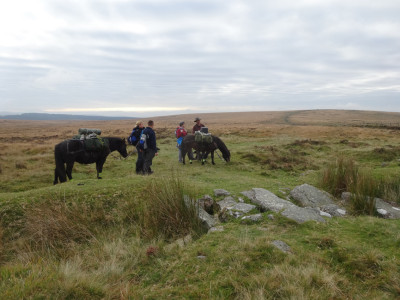 Then it was across Merripit Hill and down the road into Postbridge for a photo call by the clapper bridge: even the sun obliged by appearing from behind the morning’s clouds. The team is being well looked after along the way, with regular brief stops for food and drink supplied by the support team. We were also filmed along the way by Phillipa Waddell, and photographed at every possible moment by Kathy Tipping! 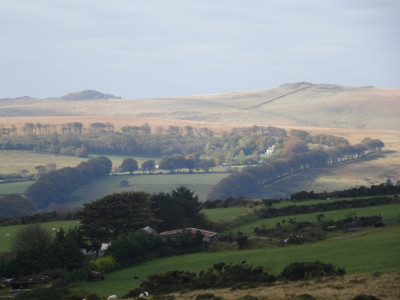 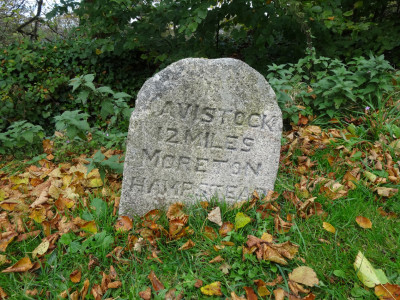 From Postbridge the ponies scaled a set of broad steps easily; lovely views back towards the bridge en route to our next stop Bellever YHA, where we were treated to a delicious lunch supplied by warden Maria Bailey. Ponies rested and packs checked, we were soon  off again through Bellever Forest. 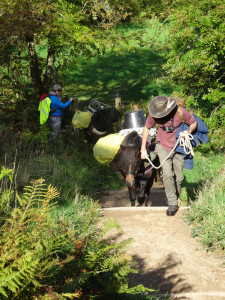 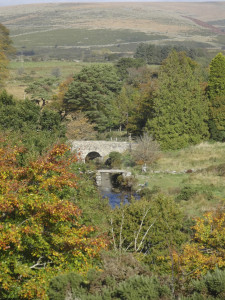 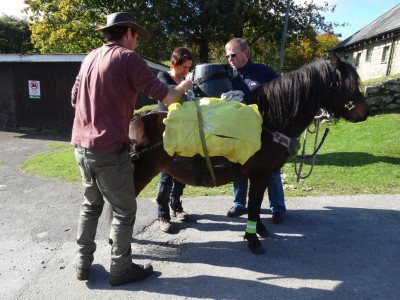 A beautiful route across across open ground took us due south of Laughter Tor to the road near Brimpts, then along the pretty West Dart for a brief pause to gather breath at Hexworthy. 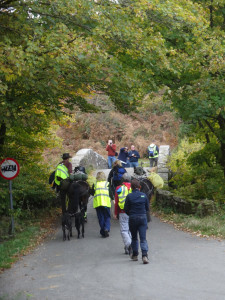 The final stretch took us first across the new Fairy Bridge over the Swincombe, where the ponies managed to ford the river with ease. 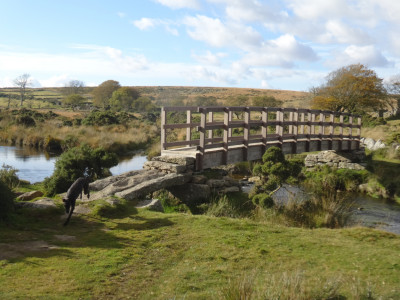 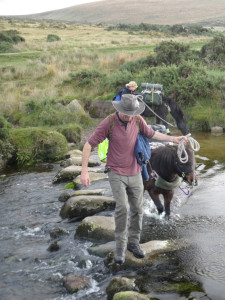 And then it was along the old Tavistock to Ashburton (TA) packhorse route and the Conchies Road, built by conscientious objectors from Dartmoor Prison in World War I, to Tor Royal Farm where Sam set up camp with his ponies and dogs for the night. The late afternoon light as we crossed Royal Hill was stunning. 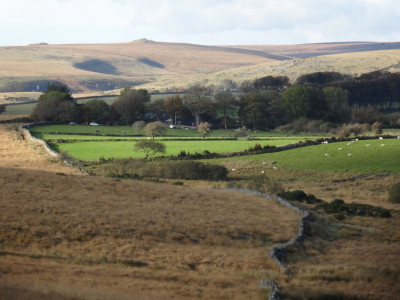 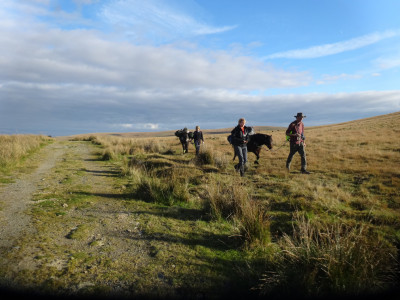 Finally – two very tired canine companions! For more on the Pack Pony Challenge (which will finish this Friday) visit www.dpht.co.uk (daily updates and photo posts). Many thanks to all involved for letting me walk with you for the day: it was fabulous. 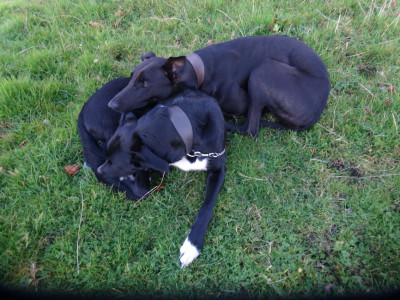