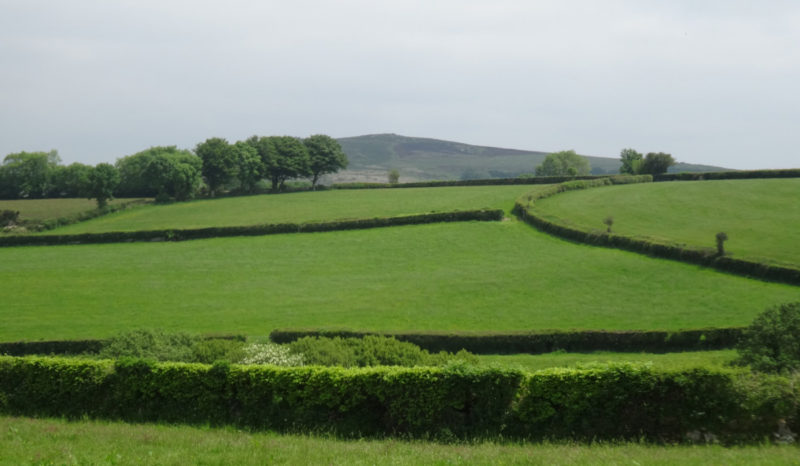 Along the Two Moors Way – a 40th anniversary celebration

This year marks the 40th anniversary (29 May) of the Two Moors Way, a wonderful 100+ mile mainly off-road walking route linking Ivybridge on Dartmoor’s southern edge with Lynton on the north Devon coast, crossing Dartmoor and the western end of Exmoor. In 2005 the route was officially linked with part of the Erme–Plym Trail from Ivybridge to Wembury on the south coast, to form a Devon coast-to-coast walk of around 116 miles. 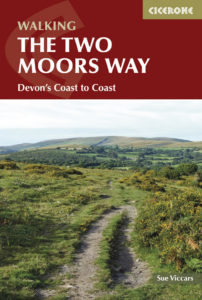 In June last year Cicerone Press published a new book on the route (written by yours truly), so it seemed fitting that I should join members of Exeter Ramblers last Sunday for a celebratory walk  in the Chagford area. Starting from the town car park we crossed Padley Common en route to scaling the heights of Meldon Hill (390m) – a baptism of fire! 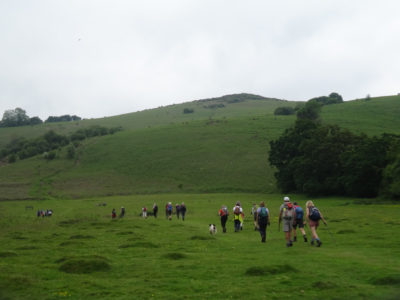 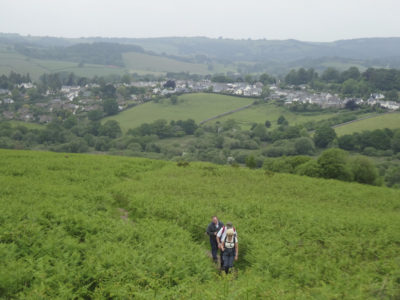 It’s amazing how the vegetation has come on in the last week or two: the bracken is well on its way. I was pleased to reach the trig point on the top of Meldon Hill (trig pillars are also celebrating an anniversary this year: it is 80 years since the system was set up across the country, and although now redundant they are still loved by many – there is even a trig-pillar-baggers’ website!). 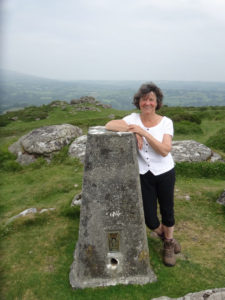 We dropped off Meldon and picked up one of the lane to Fernworthy via Tunnaford. At the entrance to Yardworthy we finally met the official route of the Two Moors Way where it comes off Chagford Common (at this point the alternative low-level route from Widecombe via the Natsworthy valley rejoins the main route too). 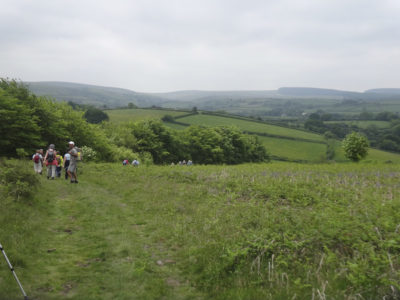 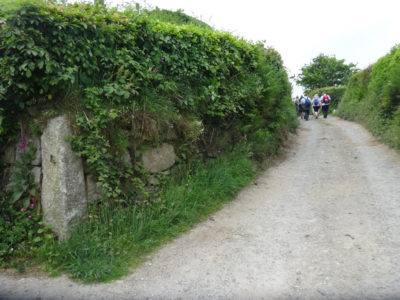 The route passes through Yardworthy’s (the farmhouse dates from the 1700s) fields then drops to cross the South Teign River before climbing past Teignworthy and on to Teigncombe through fields and woodland and across marshy sections via boardwalks. The route to Teigncombe is shared with that of the Mariners’ Way, linking Dartmouth on the south coast with Bideford on the north, and utilised by sailors in the 18th century looking for work. 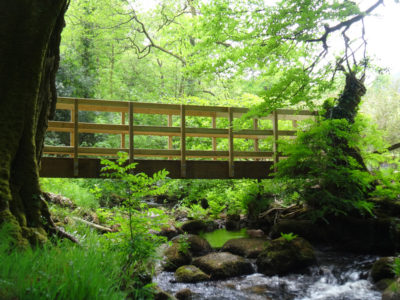 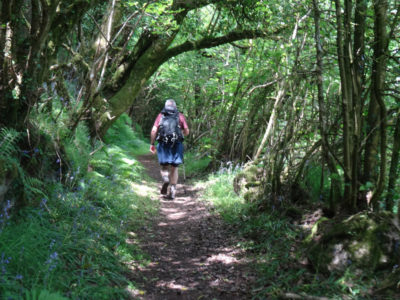 Parts of the route gave us beautiful views to Meldon Hill, too. We continued downhill past Northill to cross Leigh Bridge, where the North and South Teign rivers meet. 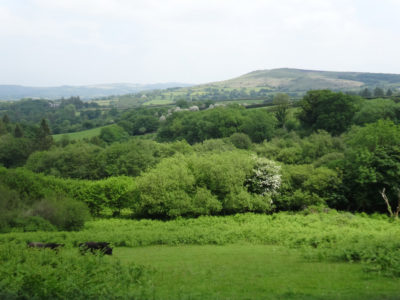 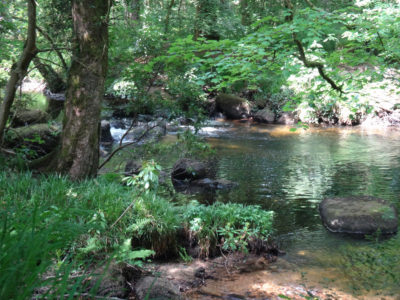 The Two Moors Way runs along the lane to pass Holystreet Manor (dating from the 16th century) to reach the ruined woollen mill at Factory Cross, then turns left to cross the Teign via Chagford (‘gorse ford’) bridge. We followed the route alongside the Teign, and then the leat (leading to Rushford Mill and the swimming pool), before crossing the fields to  17th-century Rushford Bridge. Here the 2MW turns left, but we turned right uphill to finish our walk with a celebratory drink at The Globe Inn!

It’s an exciting year for the Two Moors Way/Devon Coast-to-Coast: the Two Moors Way Association is being re-formed, with the full support of Dartmoor and Exmoor National Parks and Devon County Council. There has been a complete path audit, and we are holding regular meetings with all interested parties. The route will be officially relaunched with an event in September, by which time we should have a new website (www.twomoorsway.org), leaflets, accommodation list and more. Watch this space!