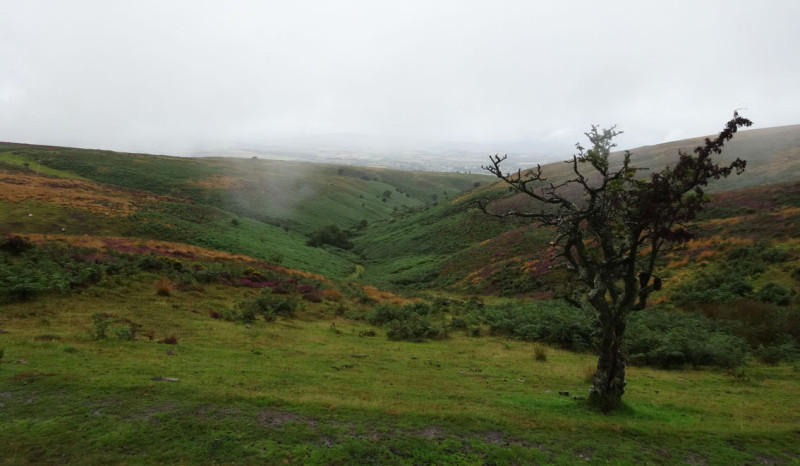 Away day to the northern Quantocks

Sometimes it’s good to take a break from Dartmoor and enjoy a different landscape: we are blessed with such a fantastic range of opportunities in the southwest. And one of the joys of writing walking routes for various magazines – in this case Exmoor the country magazine –  is the fact that I’m ‘allowed’ to go exploring. For Exmoor my area extends all the way from Ilfracombe in the west to the Quantocks in the east (and south to the edge of Devon’s heartland), giving me a wonderful range of different landscapes to work with. And so it was a week ago that I went with John Diplock from Spirit of Adventure (Powdermills) and his Free Spirit group to re-walk a Quantocks route I devised a year or so ago. As you can see below, the weather as we ascended Hodder’s Combe and gained the Quantock ridge (around 1000ft above sea level) was less than kind… 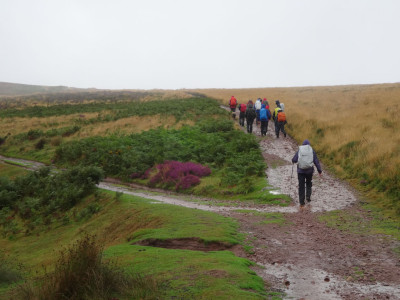 But suddenly the cloud lifted and the views up the Somerset coast lifted somewhat dampened spirits. The temperature rose and waterproofs came off as the sun came out and we slid our way towards the Bristol Channel coast, with lovely views back across late-summer fields. 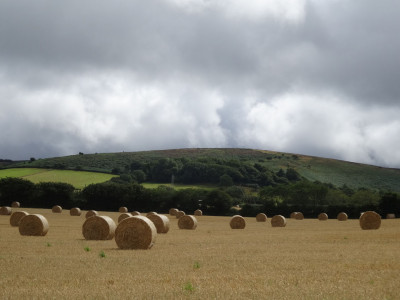 This 10-mile route enjoys both the lofty heights of the Quantocks and also the fields and quiet lanes between the northern end of the ridge and the sea. It also encounters an extraordinary run of historic buildings in less than a mile of walking. First comes the time-capsule village of East Quantoxhead, still home to a branch of the Luttrell family (of Dunster Castle fame) after 800 years, with its impressive late 15th-century Court House, simple stone church and tranquil duck pond. 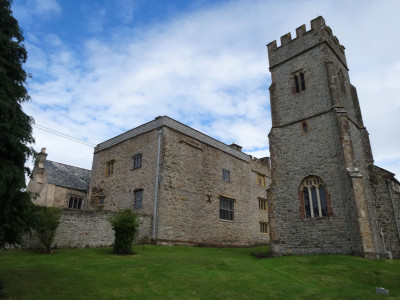 A network of field paths leads from East Quantoxhead to Kilve and the way home, but the draw of an extra loop to take in the north Somerset coast here is strong. In glorious sunshine we accessed the coast path and marvelled at the extraordinary geology at Kilve Beach SSSI, where layers of fossil-embedded lias make good subjects for photographic study (described as ‘Kilve’s delightful shore’ by Wordsworth while staying with his sister Dorothy at Alfoxden [Alfoxton] House in 1797, passed on the way back to Holford and the start of the walk). 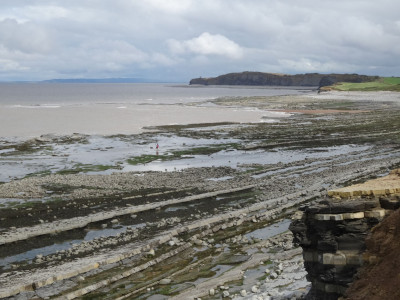 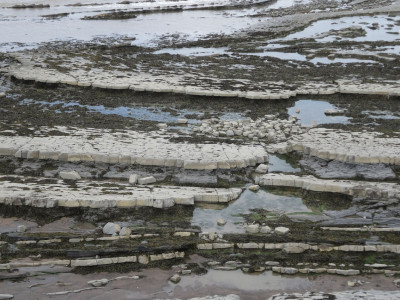 We bade goodbye to the coast has the sky darkened once more and a thunderstorm drenched us on our way past the late 13th century church at Kilve and the ruined Chantry, dating from 1329 and said to have been once used for storing smuggled goods. Wet fields and muddy woodland tracks took us back to our starting point at Holford, tired but happy! 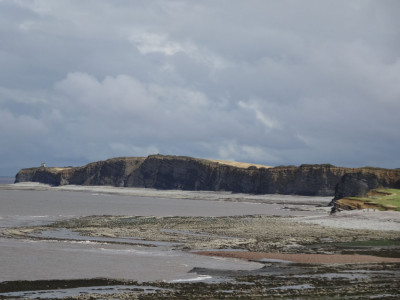