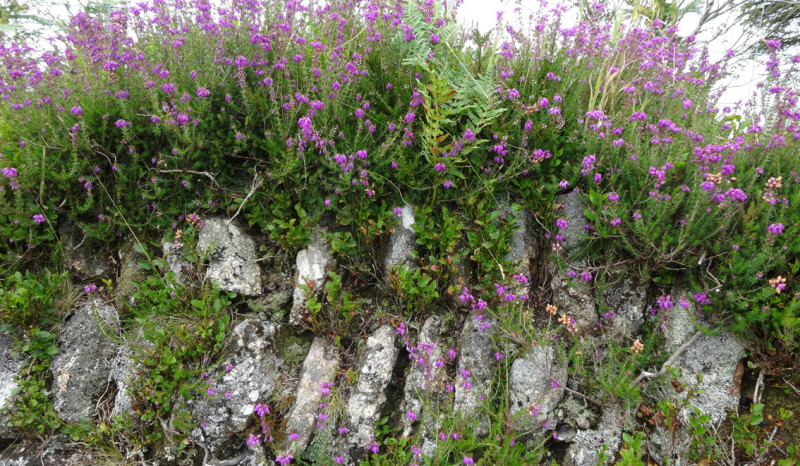 We’re well into August, and the heather is out on the moor. Bell heather, ling and – in damper spots – patches of cross-leaved heath. I was up on Hameldown last week (good heathery walls by the Natsworthy path!) for a very special occasion: the first visit to the RAF Memorial by the descendants of one of the crew of four who lost their lives at the spot (the pilot died in Moretonhampstead Hospital the following day) when their Hampden Bomber crashed in March 1941. 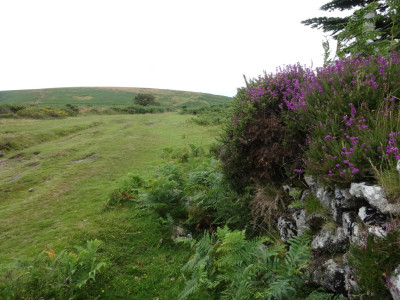 We were also accompanied by Fred Hill (93) who flew Hampden Bombers from the same Lincolnshire base as ‘The Boys’ (as the lost airmen came to be known), just a few months after they died. Fred had an extraordinarily distinguished career as a WWII fighter pilot and was awarded the DFC. The images below show the Wilson family et al at the memorial stone, and Fred with Tony Beard, examining a ring made from Perspex taken from the crash site all those years ago. The two clearly enjoyed meeting each other and sharing reminiscences. 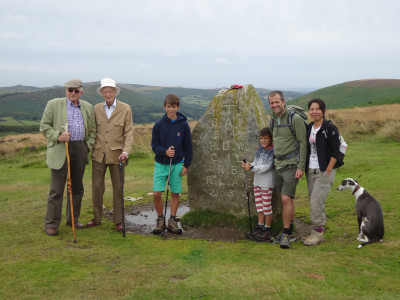 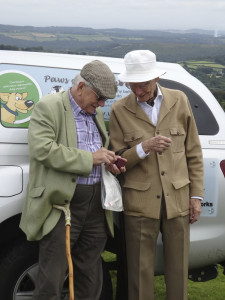 The story of ‘The Boys’ and one man’s personal mission to find out about the lives of the crew is related in the autumn issue of Dartmoor Magazine. John Lowe has worked tirelessly over the last few years and it is down to his endeavours that the investigation of the crash site featured on the BBC’s Countryfile programme in September 2014, and that last week’s event took place. He even arranged for a salute from a WWII Auster while we were there: a moving moment, especially for Fred. 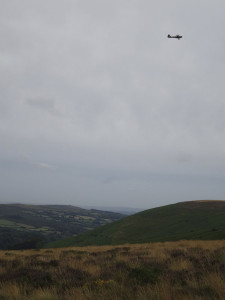 If you want to read more please buy a copy of the autumn issue, which will hit the shelves just before the Bank Holiday weekend: it’s an intriguing story and yet another part of Dartmoor’s fascinating and varied history. 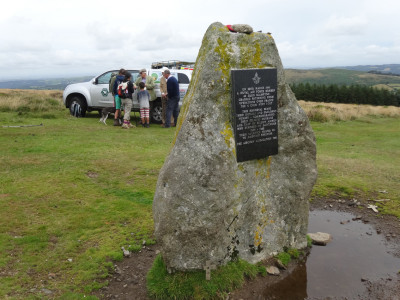 And for me an excuse to get out on the moor – albeit on a disappointingly dull August morning – and enjoy the company of some very special people (and the heathery hedge banks!). 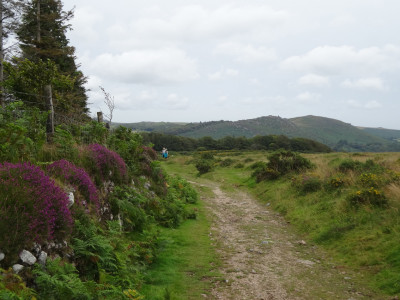