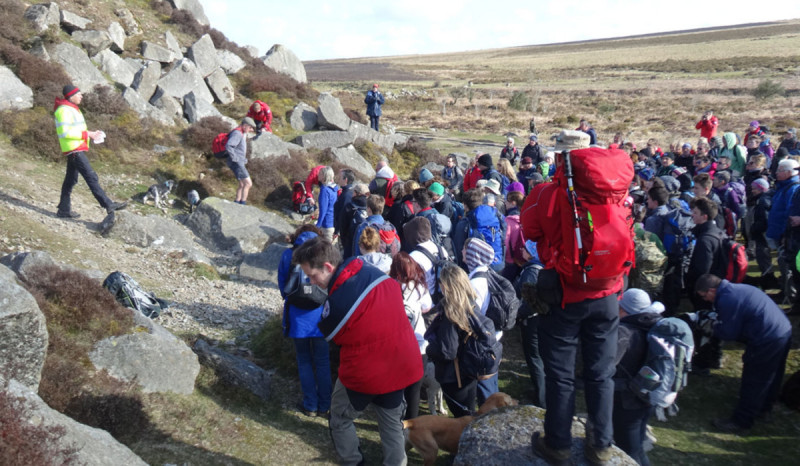 Joining up the dots... along the Templer Way

Last Sunday I joined around 150 others to walk the Templer Way from Haytor to Shaldon, raising funds in support of the Ashburton Dartmoor Search and Rescue Team. The sun shone, red-jacketed DSRT members were in abundance at checkpoints and all the along the route, and the event fantastically well organised. I went along to support the cause but also because it was a good excuse to tick off the 18 miles (almost all of which were level or gently downhill!). 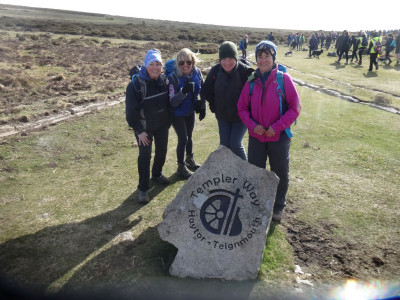 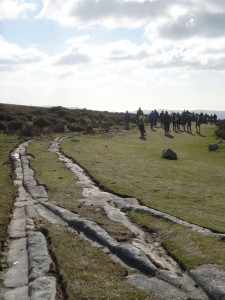 The history of the Haytor tramway (which the Templer Way follows wherever possible) is well documented (and I know I’ve mentioned it in an earlier blog post too). To recap: it was built in 1820 by George Templer to link his quarries at Haytor with the Stover Canal. Horse-drawn road wagons transported granite along granite rails for 8 miles, descending 1300ft to the canal at Ventiford. 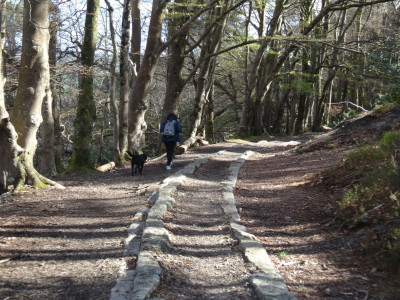 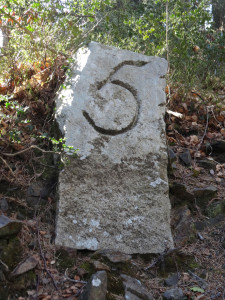 Once the open moor is left behind the tramway runs along the contours through Yarner Wood – a particularly beautiful section, where we passed a milestone (indicating 5 miles to the canal) – before passing through fields behind Lowerdown on the edge of Bovey Tracey. The next point of interest came at Chapple, site of the only remaining bridge on the tramway, where it crosses the Bovey Pottery leat (there are useful information boards at regular intervals along the way: excellent for those of us who need such detail!). 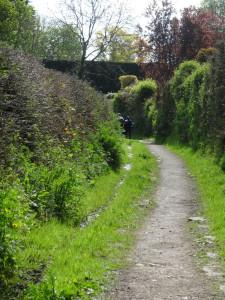 A footpath followed the line of the tramway at Brimley, soon passing Pottery Pond (which I had never seen before: dug in the 18th century to provide power – via five waterwheels – for the Bovey Pottery, in operation 1775–1956). Leaving the tramway behind we eventually cut through Great Plantation (once part of the Stover estate), crossing the A38 via the new pedestrian bridge, for a lunch break at Stover Country Park. 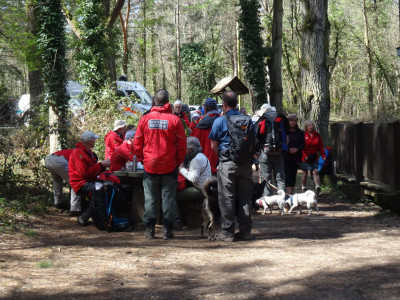 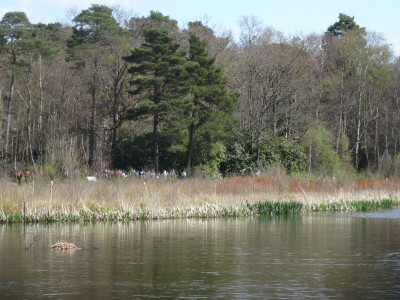 I’m not one for walking with crowds of people, but it was never a problem on this route – and after lunch the group really thinned out and for much of the time we were walking on our own. It felt like an ongoing open-air history lesson… next stop Locksbridge at Teigngrace, and alongside the Stover Canal. James Templer built the canal (1790–2) to transport ball clay to Jetty Marsh in Newton Abbot; Locksbridge is the fifth and last lock when travelling up the canal. We walked on to pass Graving Dock Lock, where restoration is under way and where I learned that ‘graving dock’ is another name for ‘dry dock’: here barges were taken out of the water for repair. 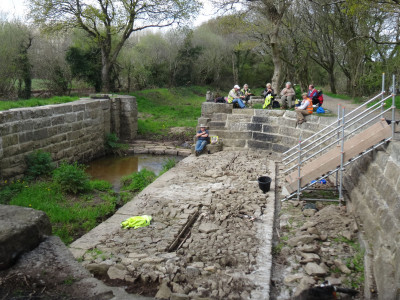 More discoveries were to come in the shape of Newton Abbot’s Town Quay: I worked at David & Charles on the Brunel Trading estate for 20 years, within a stone’s throw of the quay, and never even knew it was there! 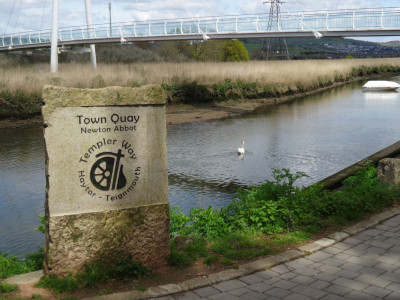 A surprisingly pretty stretch alongside the River Teign followed, soon passing under the A38 road. 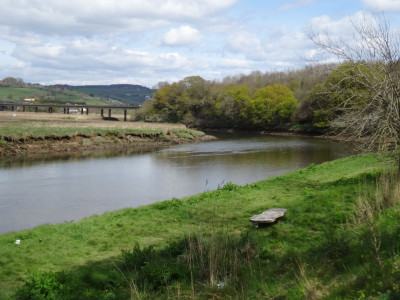 And from there to Ringmore we walked along the sandy, stony, seaweedy foreshore (only possible at low tide), enjoying the smell of the sea and enjoying views back upriver to Haytor (which did look a very long way away). 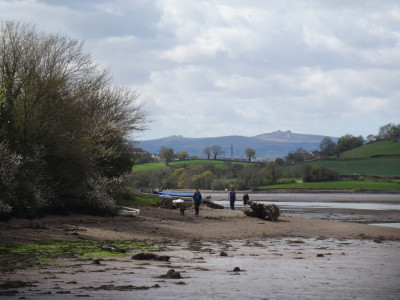 The final checkpoint was at Coombe Cellars… and the finish on the green at Shaldon, where we downed a very welcome and refreshing pint of cider (thanks Jason!) and picked up our certificates. Thank you to fellow walkers Lucy and Sharon, and to all at DSRT Ashburton for organising what turned out to be a fabulous (and very educational) day out. 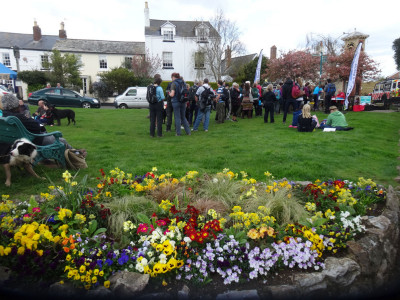