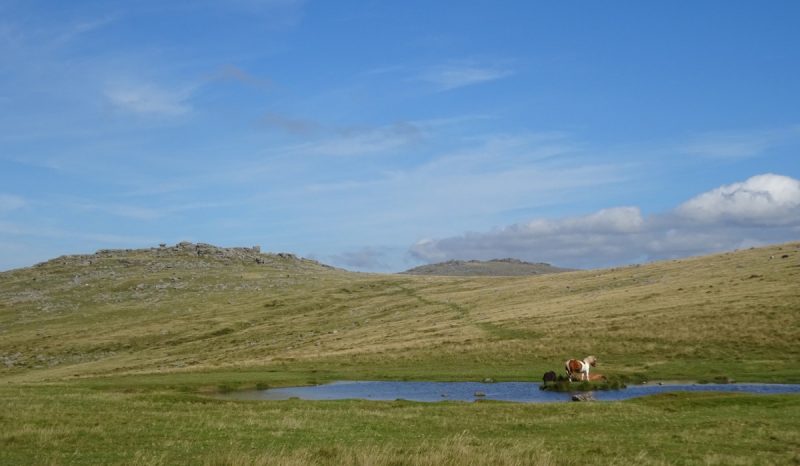 Most of my Dartmoor walking is for a reason. By that I mean that I am, more often than not, working out a route for a walk to be published in the magazine or in a book, or revising a route for someone. I’ve been really busy this summer with the magazine and other work, as well as publishing two books, and my walks ‘just for the sake of it’ have been few and far between (but – now I come to think about it – see my last blog!). So a couple of weeks ago on a free Sunday afternoon I grabbed the chance to go for a wander around the Staple tors ‘neck of the woods’. Great Staple Tor has always been one of my favourites on account of its spectacular granite formations, beloved of so many Dartmoor photographers. So here’s a selection of photos from what turned out to be a perfect Sunday afternoon stroll – and a demonstration of what fantastic views can be found in just a short distance. 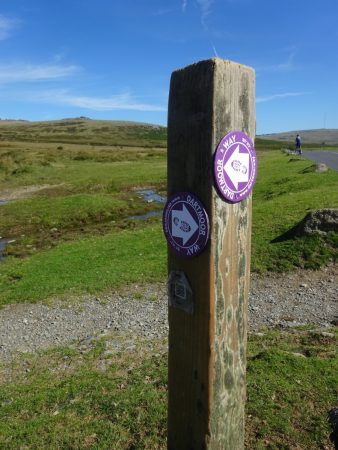 The first thing we spotted was one of the new Dartmoor Way marker posts. The whole 100+ mile walking route has been waymarked over the last few months, and will be officially launched at the end of May 2020. We headed up to Middle Staple Tor, from which there are fabulous views towards Great Staple Tor. On Middle Staple we also bumped into Richard Horsham and his wife Sue, down from the Somerset Levels for a few days to work on his next article in the Dartmoor Magazine ‘Landscapes’ series! (We also handed over to Richard the carrier big of empty cider cans we found on the tor, since he was en route to his car… it is SO frustrating…) 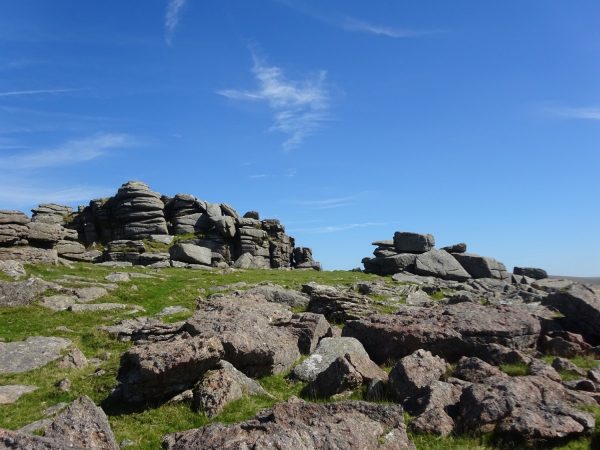 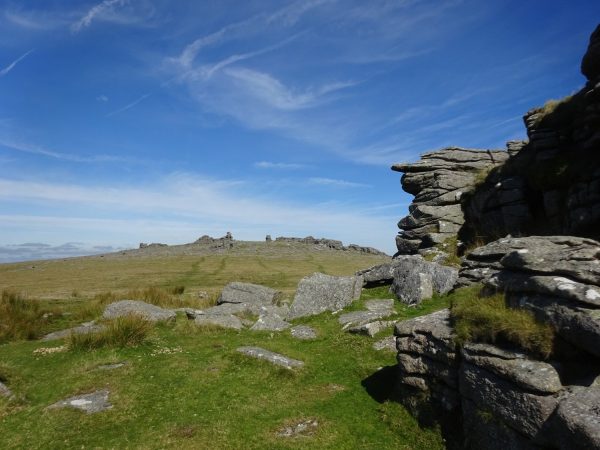 From there we headed across to Great Staple Tor, where we found a ‘wild camper’ making the most of the views towards Great Mis Tor across the Walkham valley . 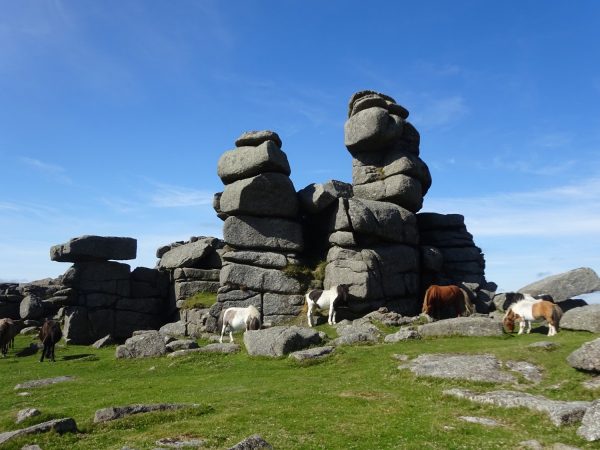 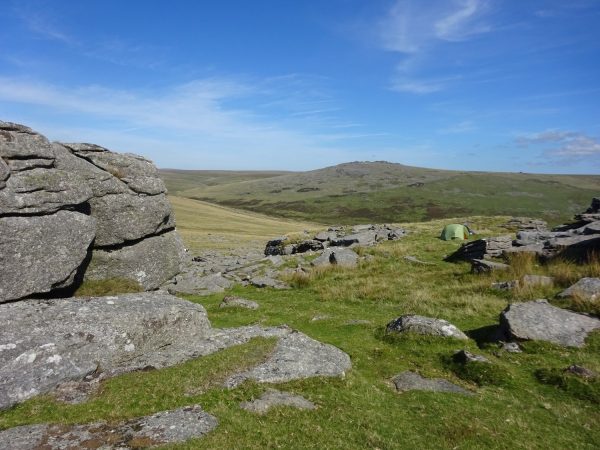 Then it was on to Roos Tor, from where the views along the upper Walkham just draw you on… it was so tempting to head into the moor ‘proper’, but that wasn’t the plan this time. The views south from Roos Tor are pretty good too. 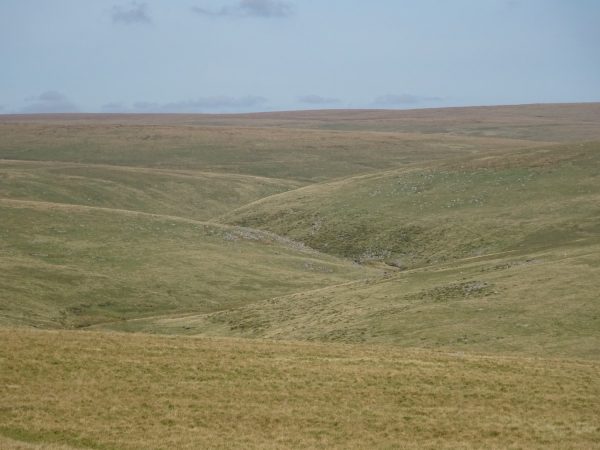 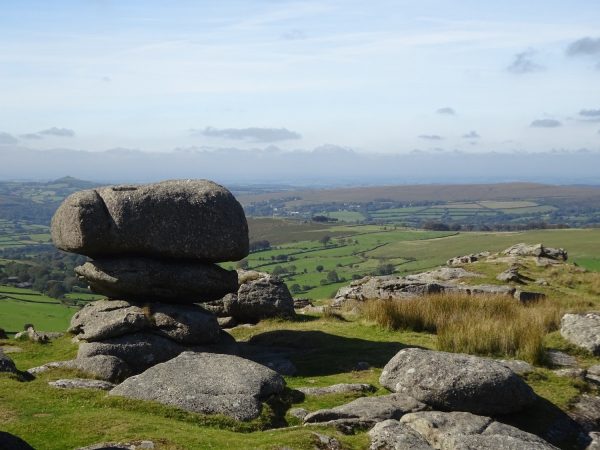 En route to Cox Tor we passed an area of old tinworkings, and a couple of ponies rather nicely ‘arranged’ for photographs. 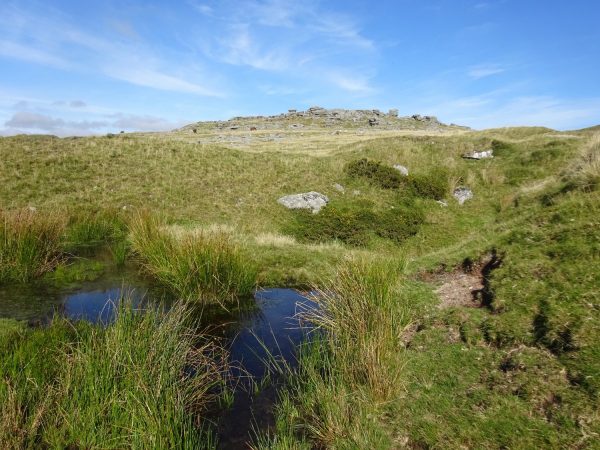 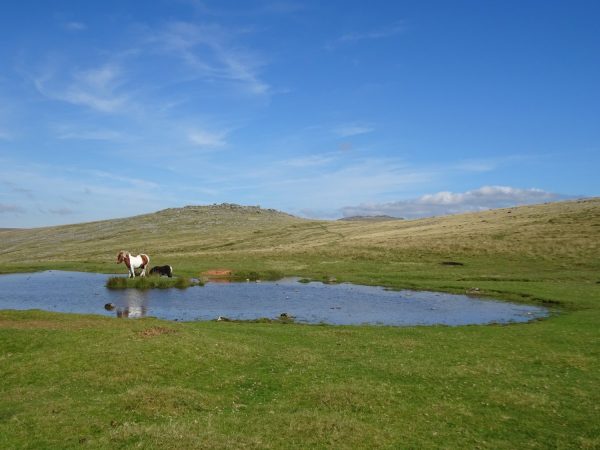 And so to Cox Tor and back to the car. And the obvious finish to our perfect afternoon? Cider at the Two Bridges Hotel! 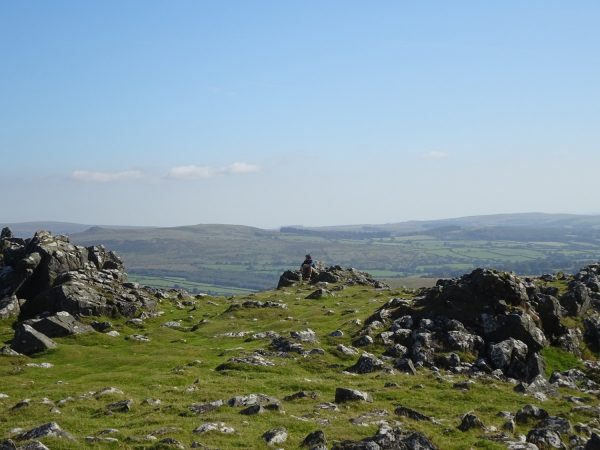 I’m posting this now since the seasons are changing on the moor, and it won’t be until next summer that we see photos like this again. The colours and the light on the moor have become autumnal, and the nights are drawing in. I’ve been asked to do quite a lot of walking ‘work’ on Dartmoor and Exmoor this autumn, so I’m looking forward to some good days out of the office!