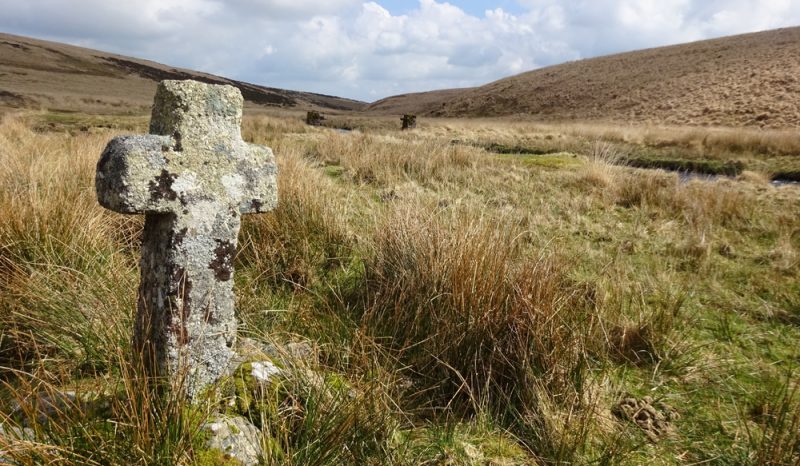 Out in the wilds... crossing Dartmoor's wide open spaces

I’ve almost finished revising my Cicerone Press guide to the Two Moors Way/Devon’s Coast to Coast walk. I’ve walked the vast majority of the 117-mile route (Wembury on the south coast to Lynmouth on the north) over the last few months, and now have to finish the writing up, mark up the maps and sort out new photos and captions. It’s been something of a challenge in the recent weather conditions – there’s a lot of mud in Mid Devon! – but I’ve had some magical days. Last week saw me trudging across the south moor with a friend, checking out the section between Holne and the former Red Lake Railway. As the photos show it’s a wonderfully remote part of the moor… the image above is Huntingdon Cross, a 16th-century Dartmoor Forest boundary marker on the Abbot’s Way. The route of the Two Moors Way passes this as it crosses the Western Wella Brook (bridgeless and often a bit of a challenge!). I have heard rumours that a clapper bridge may be installed there one day… 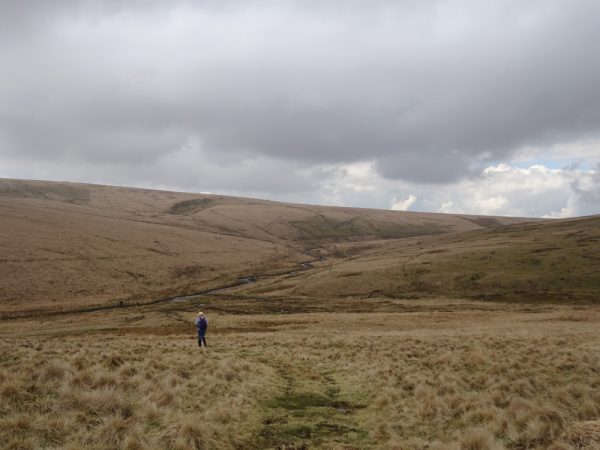 We walked it in both directions, so this is the view as you drop into the Aune valley heading south towards Ivybridge(and then on across the South Hams to Wembury if doing the Coast to Coast). The Western Wella Brook runs into the Aune at the lowest part of the valley seen ahead, and Huntingdon Warren (rabbits were farmed here from the 1800s to 1930s) is on the hill to the right. And just up the WWB valley lie the remains of Keble Martin’s chapel, built in 1909. There is so much to explore in this part of the moor! 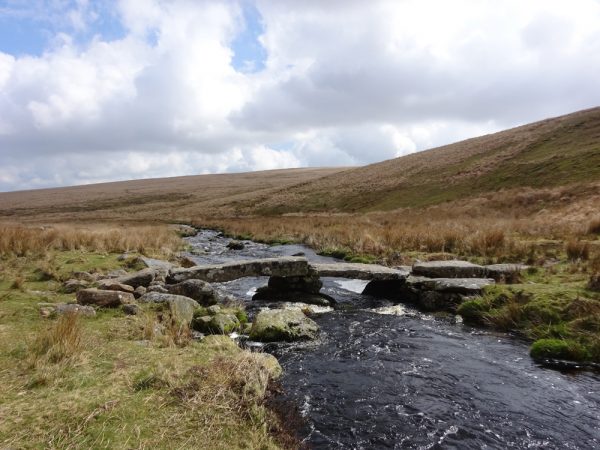 Here’s the 19th-century Huntingdon clapper bridge over the Aune, which carries the Two Moors Way across the river. We spent too long enjoying the peace and sunshine and skylarks and so ran out of time – the climb out of the valley to the Red Lake Railway will have to wait for another day (soon!). We had some fabulous skies on our way back over Hickaton Hill (first photo taken looking back towards the river). 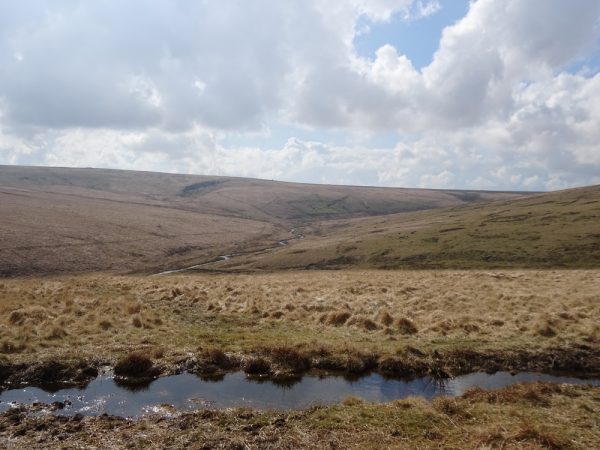 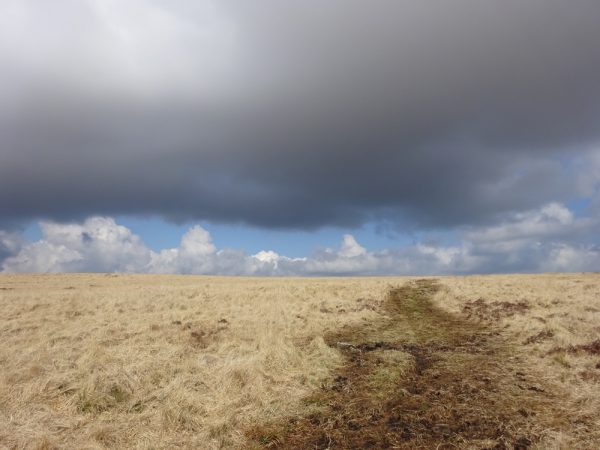 The path crosses Buckfastleigh Moor, forever dropping towards Chalk Ford – and on a good day you can see the tower of Buckfast Abbey in the distance. 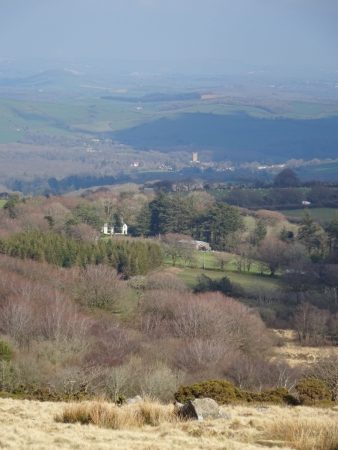 This part of the Two Moors Way/Devon Coast to Coast route is unsigned – it’s OK on a clear day (even then you need to keep a close eye on the map), but tricky in bad weather and for those unsure of their map-reading skills. The new edition of the guidebook will include a low-level alternative route between Ivybridge and Scoriton – and it is hoped that one day two more granite marker stones will be placed on the route at Crossways and on Buckfastleigh Moor – all up for discussion at the moment. 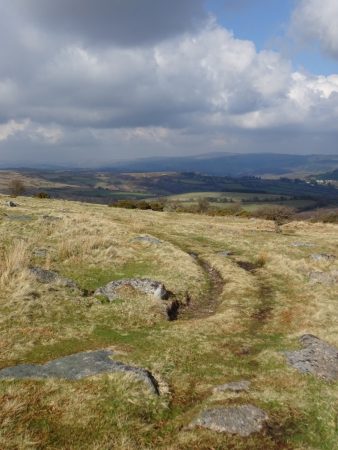 The path leaves the moor at Chalk Ford, from where an easy track is followed to Scoriton. What a perfect day! 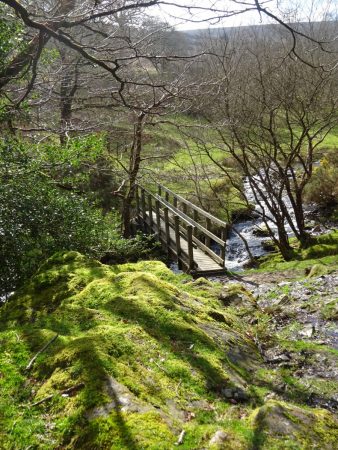