Well – what weather! I’ve spent today listening to the rain hammering down outside and on the computer working on News words and pix for the winter issue. Tomorrow the forecast looks a little better so I’ll be digging out my boots again and heading for Exmoor. I’ve been doing a load of revision work for Crimson Publishing recently, rewalking and updating routes in my Short Walks Dartmoor and Cornwall books, and the Exmoor Pathfinder Guide. My boots are struggling to dry out… 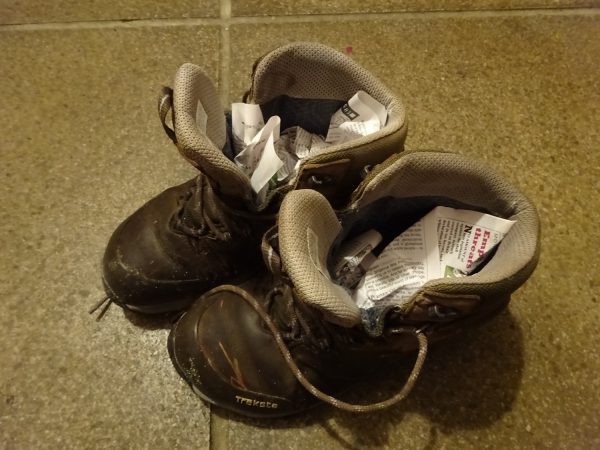 To be fair, Exmoor hasn’t been too bad. A week or so ago I had a wonderful sunny day on a 3-mile walk from Kilve on the north coast, which circles inland to visit the pretty hamlet of East Quantoxhead with its duckpond, 17th-century mansion and 14th-century church. The geology of this part of the Somerset coast is fascinating, too. 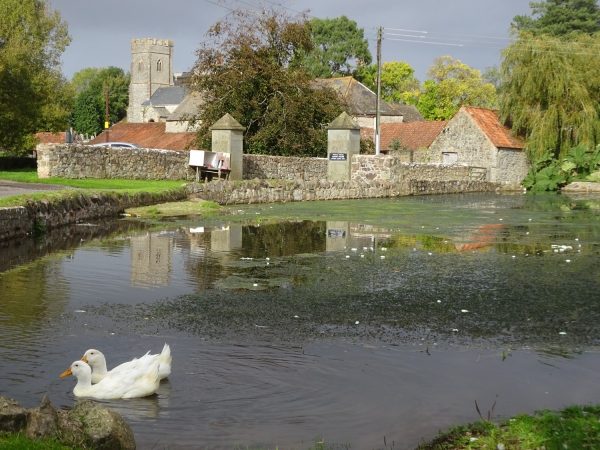 On the same trip I checked out part of a walk which starts at County Gate on the border of Devon and Somerset – fantastic views over Ashton Cleave! – where Exmoor ponies are being used for conservation grazing. 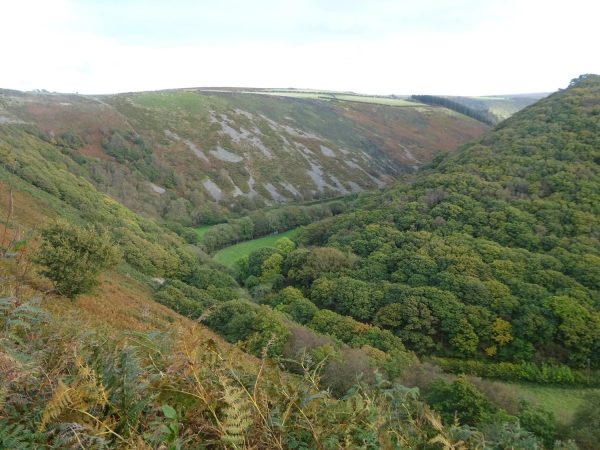 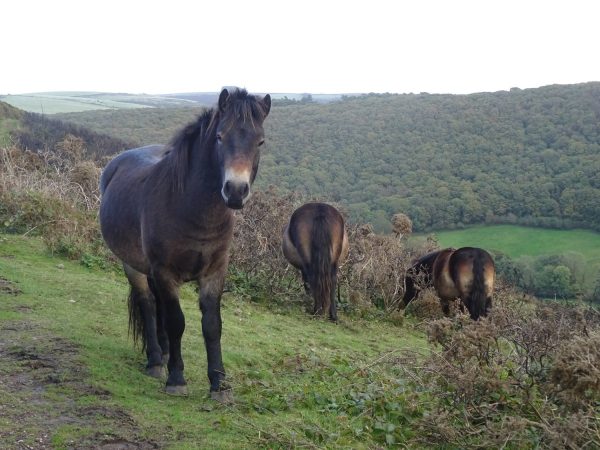 Day Two involved working out how to extend a route which explores the high coastal hills east of Lynmouth (Countisbury Common). The current route in the Exmoor Pathfinder utilises a permissive path, which has been removed, making the walk too short for its slot in the book… so I wondered about starting the walk in Lynmouth and heading east on the coast path up to Countisbury. Bad idea – it’s an enormous climb and it made the walk too long! We also got caught in torrential rain on the coast path (about 30mins after the photo below was taken) and had to pack it in. So that’s why I’m off to Exmoor again tomorrow. 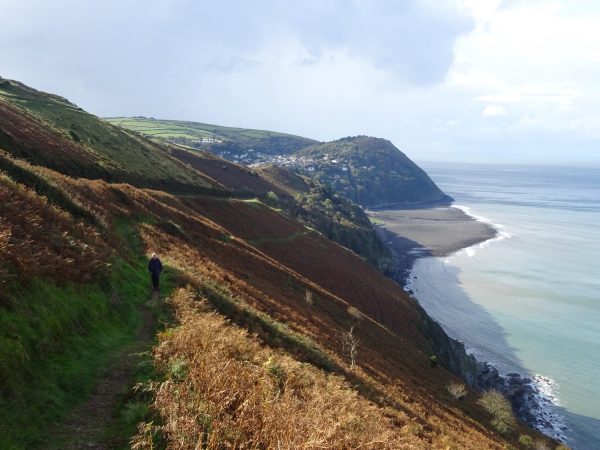 But if I thought the weather was bad on that occasion it was nothing compared to what was to come! I’ve done four routes in Cornwall in the last 10 days: Coverack, Trevone, Port Quin and Tintagel. The photo below shows the sea off Lowland Point near Coverack in the middle of a 6-mile circular walk (getting out of the car and into all my waterproof gear was a bit tricky in incredibly strong wind and heavy rain). 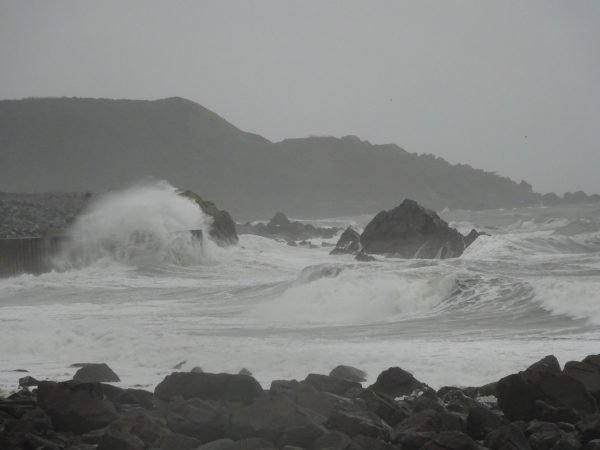 Last Saturday I failed even to start the walk at Tintagel for the same reason: and when we did manage to do it a day later a brief spell of sunshine enabled me to take a photo of the new bridge accessing the island (wanted for the revised edition of the book). Ten minutes later, however, it was pouring again. But the photo of me at St Materiana’s church on the clifftop at Tintagel would seem to indicate that I was enjoying myself (new Paramo jacket being put to the test)! 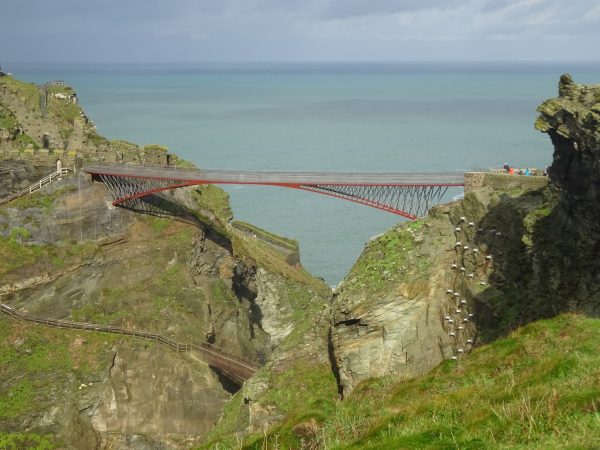 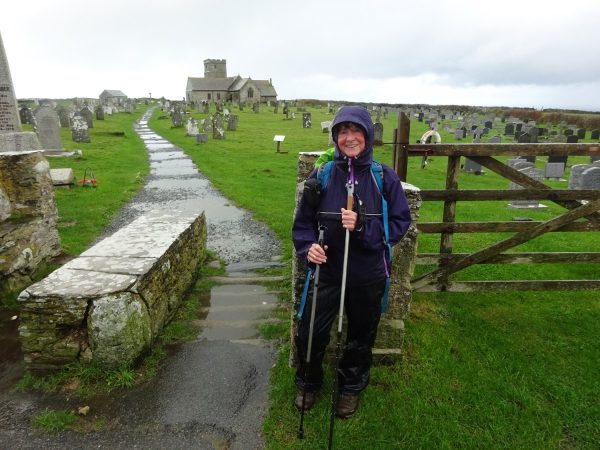 So back to good old Dartmoor. I’ve done three of the four walks on the list: a circular from Okehampton (East and West Okement), Norsworthy Bridge and Crazywell Pool, and Shipley Bridge and Rider’s Rings. As you can see from the photos below I managed to pick some decent weather for a change. These three photos show the Devonport Leat near Crazywell Pool and near the aqueduct over the Meavy, and the Meavy near Norsworthy Bridge. Following the leat through Stanlake Plantation is much lovelier than it used to be due to the fact that patches of woodland have been cleared, opening up some lovely views towards Down Tor and Sheepstor. 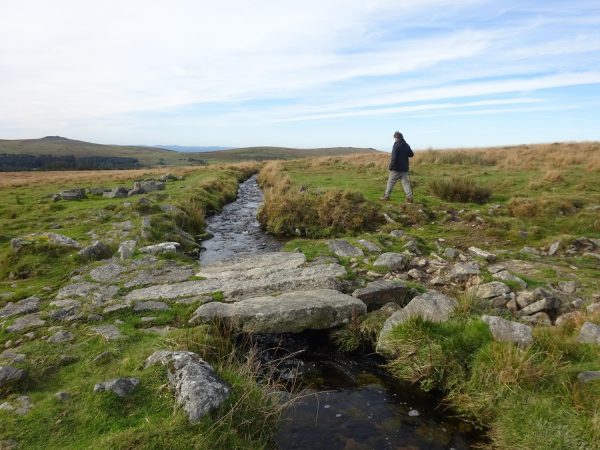 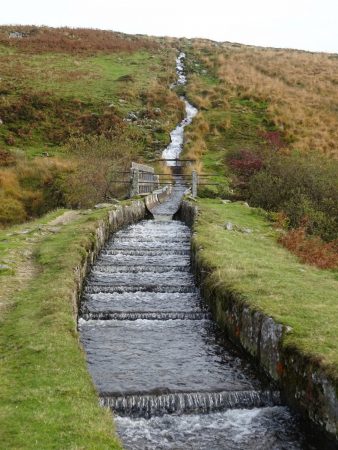 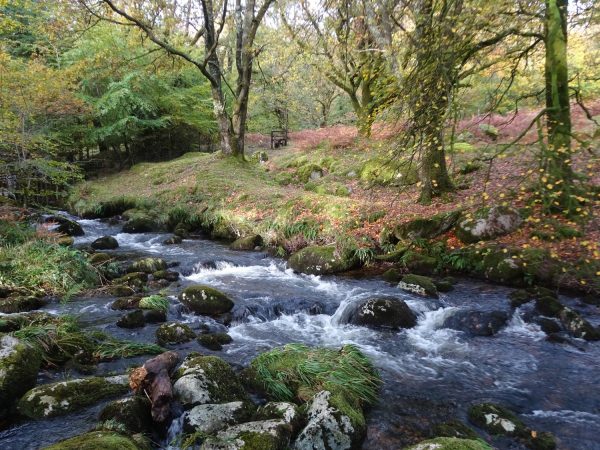 This week I rewalked the Shipley Bridge/Avon Dam/Rider’s Rings/Black Tor route. I had forgotten quite how lovely it is there, particularly in autumn colours and with the River Avon in full flow. 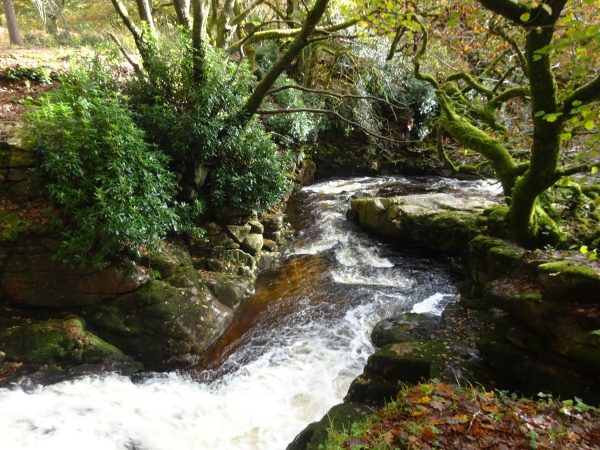 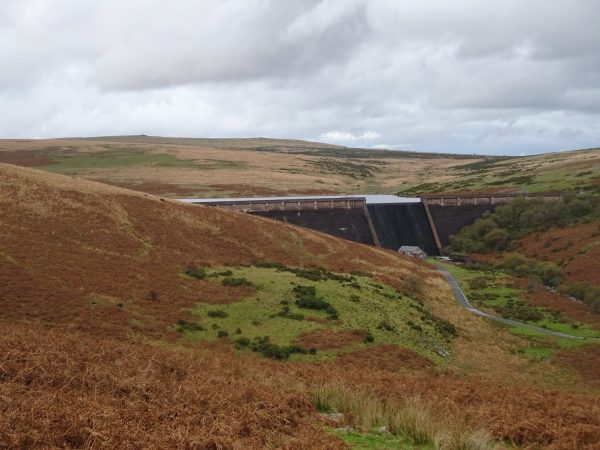 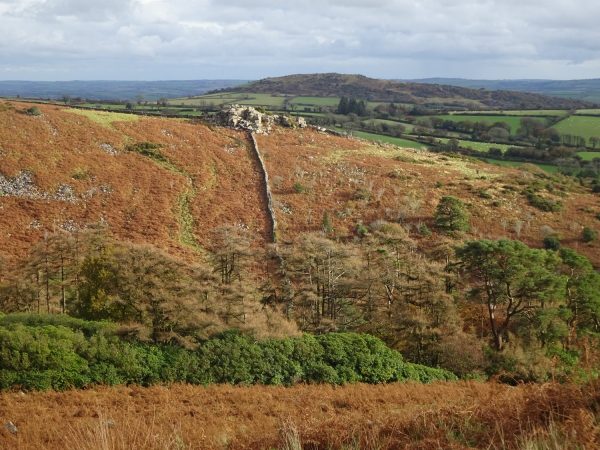 I’ve got one more Dartmoor walk to do: Wistman’s Wood, then up to cross the West Dart at the take-off point of the Devonport Leat and back along the slopes of Beardown Hill. I’ve been putting it off because I need to be sure of getting across the river at or near the weir: wish me luck!