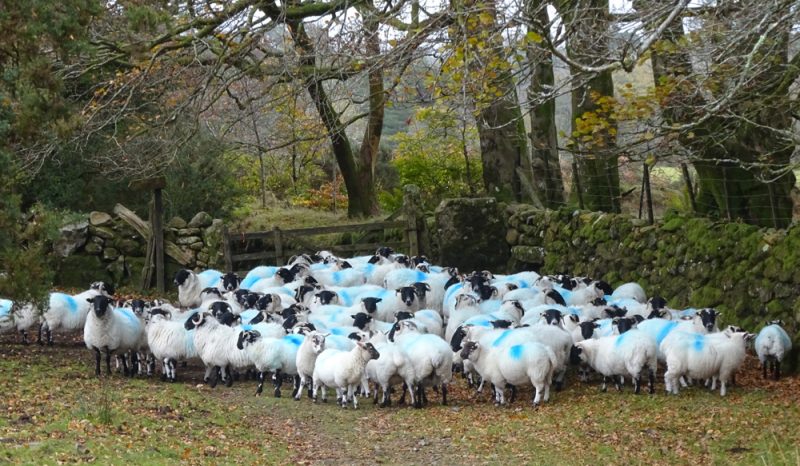 I like sheep… and I like getting out onto Dartmoor… and so I was delighted to be able to combine both this weekend and watch the Dartmoor Sheep Gather, courtesy of the Dartmoor Hill Farm Project and Russell Ashford of Bowden Farm near Scoriton. This is the first time that this ‘aspect of Dartmoor’s unique cultural heritage’ has been opened up to the public, and both BBC Spotlight and Radio 4’s Farming Today were on hand to record the event.

It was a brilliant day. We were split into several small groups, each led by a ‘guide commoner’ – an active hill farmer, each one ideally placed to explain what was going on and to answer questions about the historic links between Dartmoor farms and their relationship with the moor. As we assembled I took the chance to photograph the traditional breeds most commonly seen on the moor, which were penned on site: Scottish Blackface, Greyface Dartmoor and Whiteface Dartmoor. 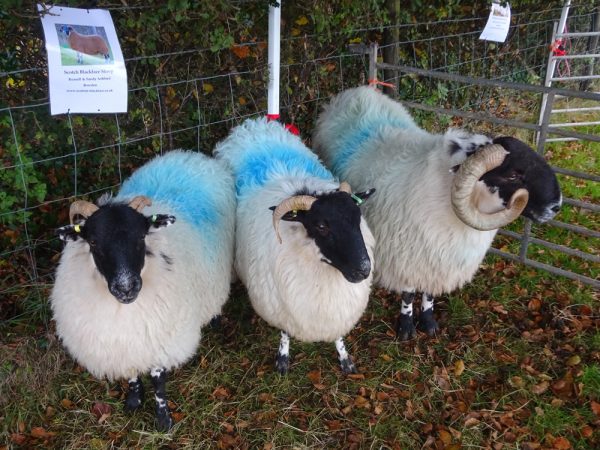 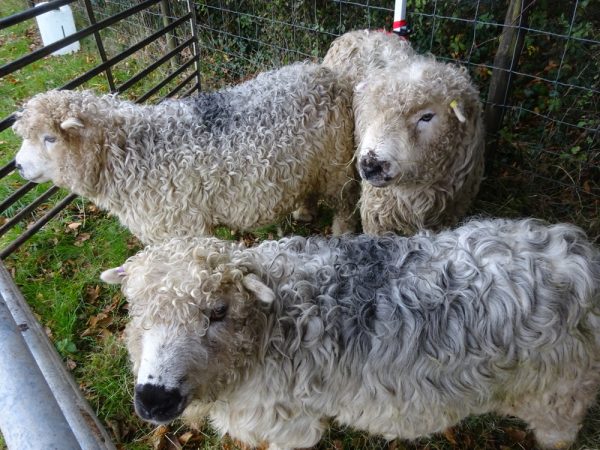 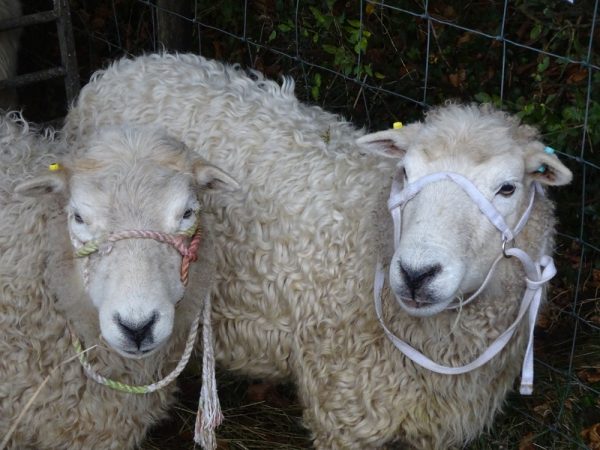 We headed up the beautiful track (down which some of Russell’s Scotch Blackface flock would later be drifted) towards Lud Gate and the open common. 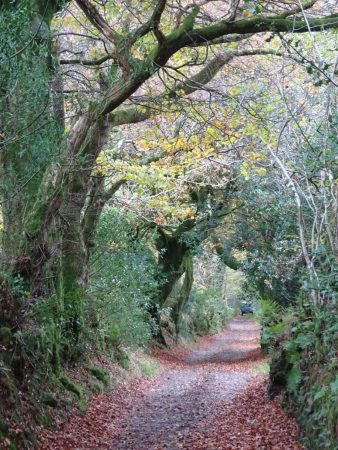 Once out on Buckfastleigh Moor our guide, Philip French of Corringdon Farm, South Brent, talked to us about how the moor is cleared of sheep for a two-week period each November. Flocks are brought back to the farm to be treated for sheep scab and various diseases, and ewes put to the ram. Some farms put their stock straight back on the moor, some keep them off for longer; depending on the farm and its location. Sheep are ‘leered’ to a particular landscape area (lambs following their mother’s example), and different groups of sheep tend not to mix up (other than those that go ‘off-leer’). Philip explained that after the main gather members of the Commoners Council scour the valleys and crags for those sheep that have somehow evaded ‘capture’! (He also talked about the history of the legislation of common rights, which I am not going to go into here for fear of getting something wrong…)

We headed up onto the slopes of Puper’s Hill, with lovely views across the autumnal landscape to Holne Moor and Hamel Down beyond. 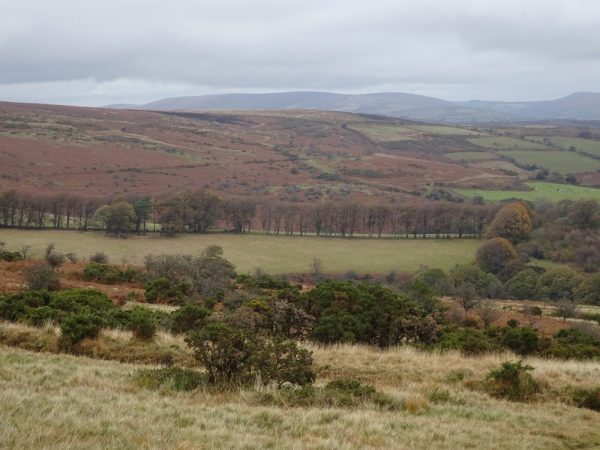 And then we caught sight of Russell and his dog, bringing the sheep across the moor (he later told us that a ‘proper’ gather would take all day and involve more people – and more sheep!). 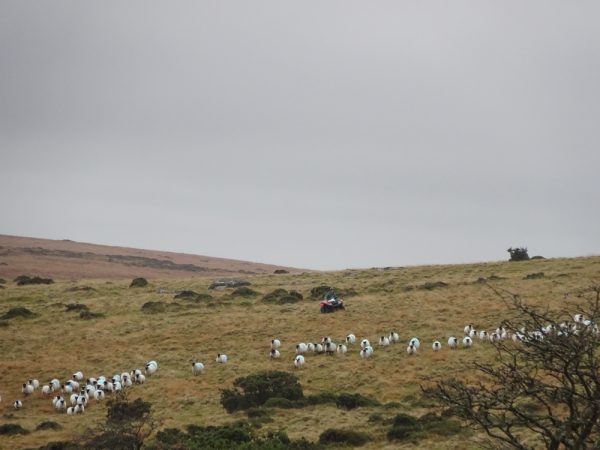 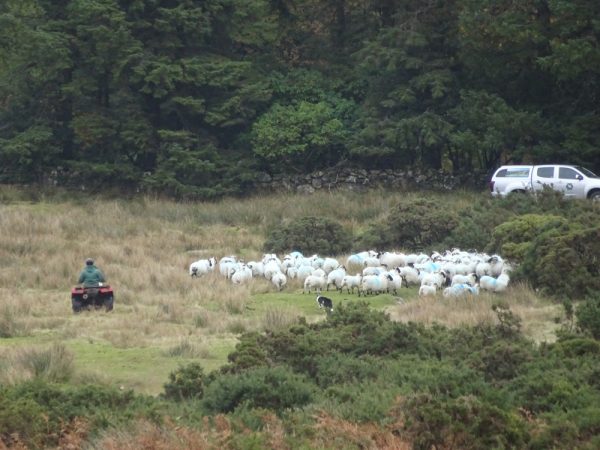 Once the sheep were gathered at Lud Gate – look at the OS map and you can see how the walls bordering the common serve to ‘funnel’ livestock towards the gate – Russell was interviewed by the BBC. 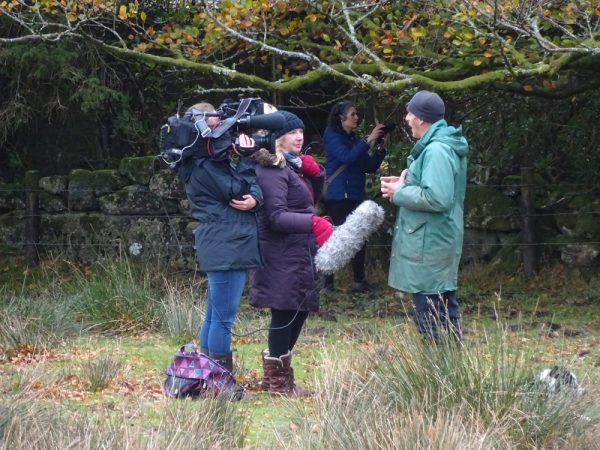 Then it was back down the drift lane to the farm, where the sheep (mainly Scottish Blackface, with a few Texel cross lambs) were penned. 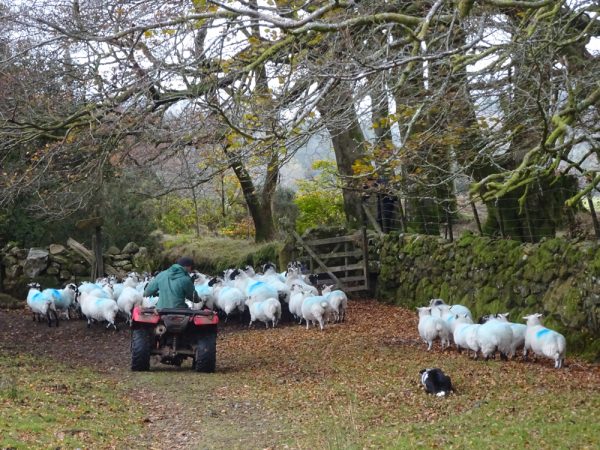 The next part of the event involved Russell and David Attwell, Hill Farm Project Training Coordinator, selecting a ewe (left) and lamb (right) and talking through their life cycle and physical attributes. It was fascinating. I learned that the ear tags carry hold information relating to location (ie Devon), the farm and the individual animal. Questions flowed from the interested onlookers,  concerning financial value, health care and passports (sheep don’t have to have them – any suggestion that they might is being strongly resisted). The children present were allowed to get ‘up close’ to the two ‘examples’ on show, which seemed remarkably calm (David told me that if you get a sheep into a certain position it just doesn’t move!). 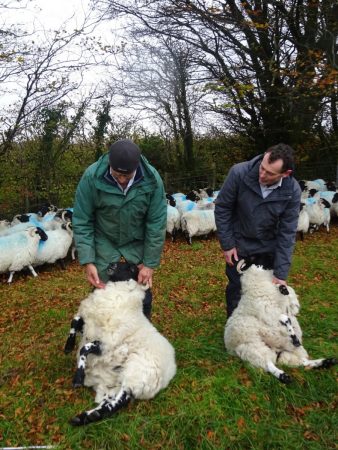 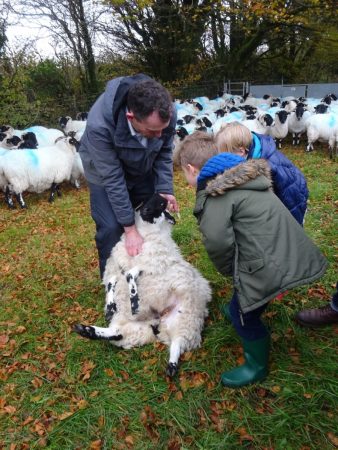 Russell says, ‘As an owner of common land and a grazier I am passionate to share with the public how we manage the commons and the benefits that delivers for the environment. These areas not only produce livestock but our grazing supports some of our rarest plants and birds while preserving our historic landscape.’ The value of inviting the public onto the farm and common to witness the sheep gather was clear, and I hope that yesterday’s event kicks off many more. My last photo shows a sheepdog demonstration by Kenny Watson from Postbridge, which the assembled company watched while tucking into local lamb and beef from Dartmoor Farmers catering van. The weather had closed in, and the wind picked up – it was getting decidedly chilly – so we beat a hasty retreat. 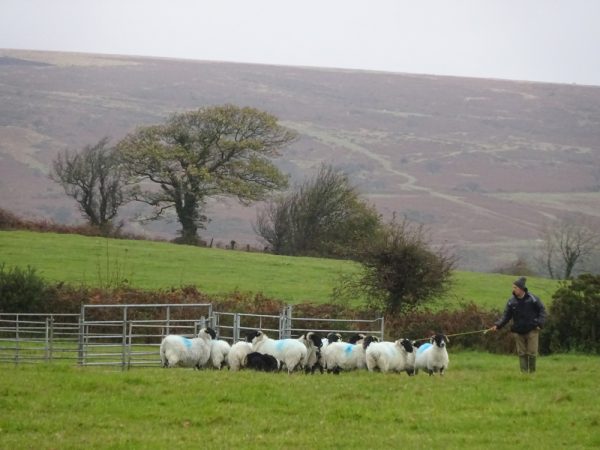 I’ll leave the last word to commoner Mat Cole of Greenwell Farm near Yelverton. ‘It’s really important that events like this share with the public how the landscape is managed and help to build a bridge between the consumer and the farmer. Many people don’t understand what a common is and how it’s used…’