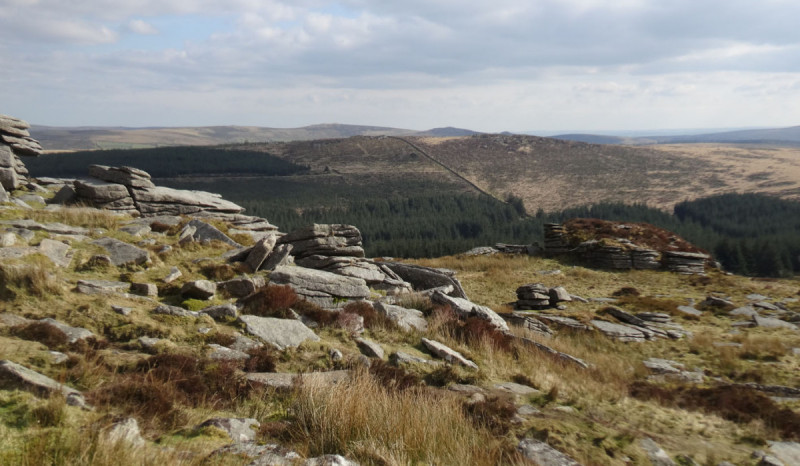 At the end of February I – and around 150 other people – had a great day out courtesy of Dartmoor Search and Rescue Team Plymouth, taking part in the Postbridge Challenge 2016 and raising over £1700 to support their excellent work. We were so lucky with the weather, too – crisp and clear and bright sunshine right from the start at 9am. 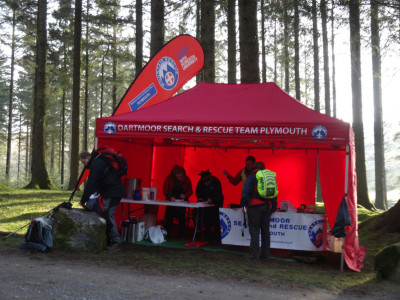 It was a really good walk, too. I did hear people say that they’d have liked a new route this year (it was the same as in 2015) but I have to say I wouldn’t have minded doing it twice (and I’m sure I’ll walk it again on my own). We set off through Bellever Forest to Postbridge, then took the drift lane up to the moor. 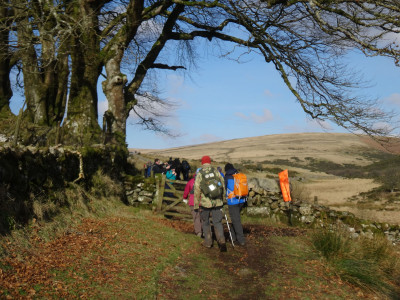 Those familiar with this part of the route will know that it enjoys wonderful views up the valley of the East Dart river. 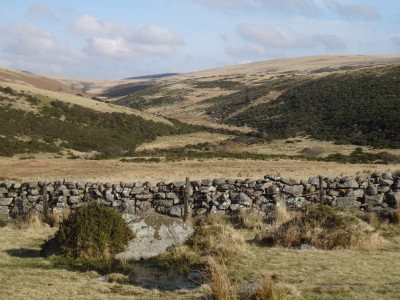 The first checkpoint on the route was at Broad Down, after which we set off southwest to Lower and then Higher White tors, then Longaford, before heading southeast towards Powdermills on the route of the Lych Way. 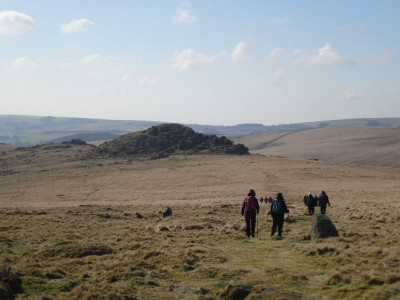 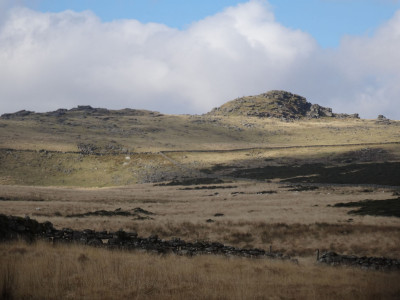 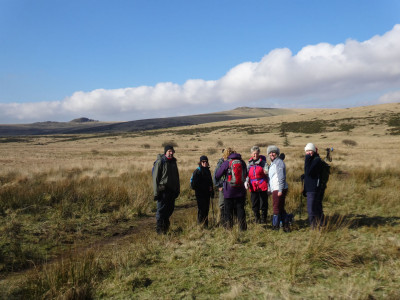 Then it was back into Bellever Forest again… a wonderful contrast to what we had encountered so far on the day. 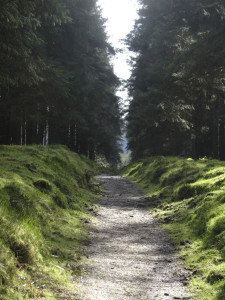 The final loop took us over Bellever and then Laughter tors (the latter a first for me: I’ve walked near it and round it dozens of times, but never been to the top – and from there the views are fantastic). On top of Laughter Tor too we found the penultimate checkpoint: the photo shows Darren and Ken from the rescue team, with Moorland Guide Mike (I was one of ‘Mike’s Walkers’ on the day: thank you for letting me tag along). 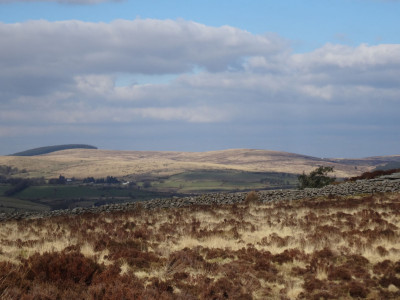 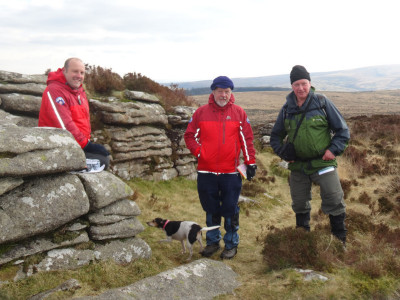 From there it was an easy leg along forest tracks to the finish, passing some of the Dartmoor Pony Heritage Trust’s ponies en route (and a very friendly robin near Laughter Hole Farm). 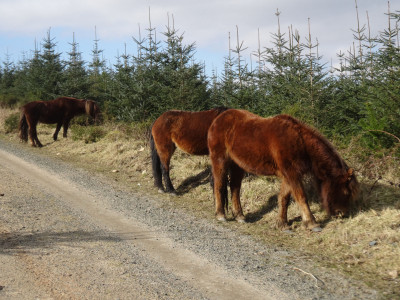 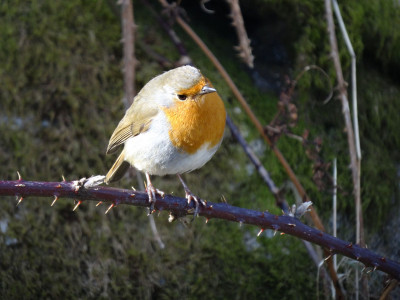 A lovely day out and a great circular walk, and all in a good cause. DSRT Plymouth’s next fundraising walk will be Midnight Madness on Saturday 23 July, starting from Princetown: 10 miles in the dark. I did the walk a few years ago on an incredibly hot summer’s night – good fun! Keep an eye on their website for more details in due course. 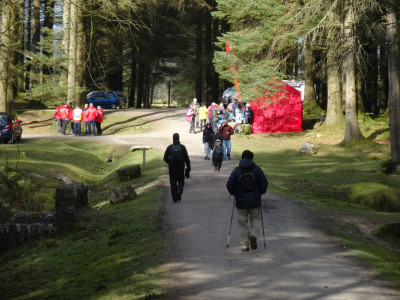