On my ‘close to home’ rambles I frequently bump into occasional Dartmoor Magazine contributor Mike Rego (who I have to thank for the beautiful woodland images in this post). We often fall into conversation about ‘all things’ Dartmoor – the future of the prison, the recent huge fire on the moor near Mary Tavy (which just missed inclusion on the News pages of the spring issue –  printing as I write this!) – and so on. One of our recent chats focused on the news about damage to Wistman’s Wood, a valued and much-loved patch of high-altitude oak woodland that lies in the valley of the West Dart river above Two Bridges. I first visited when I was at Exeter University, and have taken it in on walking routes many, many times since (the photo above was taken from the Devonport Leat on the opposite side of the valley in 2008). 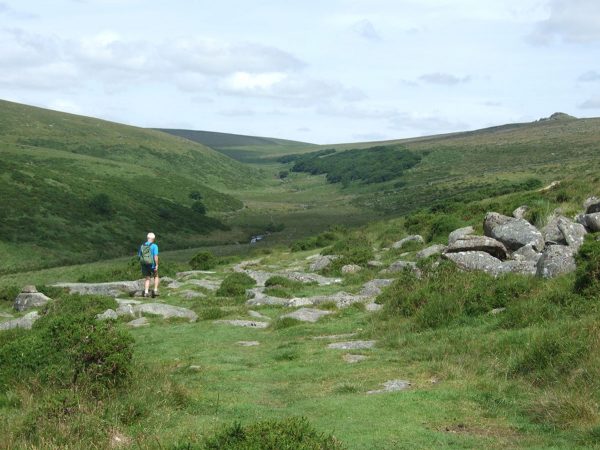 But recently – and certainly exacerbated by the onset (and knock-on effect) of Covid-19 – poor old Wistman’s Wood has become a victim of its own ‘success’. It’s an easy short walk in from the small car park at Two Bridges (see the photo above – again taken in 2008 – I believe that what was once a grassy path is now an ugly scar on the landscape). As visitor numbers have increased, however, parking has become a real problem. Since last summer there have been lines of traffic cones along both sides of the road for a fair distance from the Two Bridges Hotel in an attempt to prevent people parking randomly (and in many cases inconsiderately). Wistman’s Wood – a Site of Special Scientific Interest and of international importance – has had the misfortune of appearing in books and newspaper articles and on TV programmes and in social media posts under such headings as ‘The 10 most secret woodlands in the southwest’ and ‘Mystical places to visit this summer’ (or before you reach a certain age, or stage of life or, indeed, die). That sort of exposure, coupled with the need to seek exercise and entertainment locally, and an increase in the number of people on ‘staycations’, has led to all manner of problems (see below).

I’ve never actually been inside Wistman’s Wood: only peeked into the tangle of moss- and lichen-festooned branches and boulders from the edge. I did once seek out the historic Buller Stone (see below), which sits on the woodland edge: the very faded inscription reads: 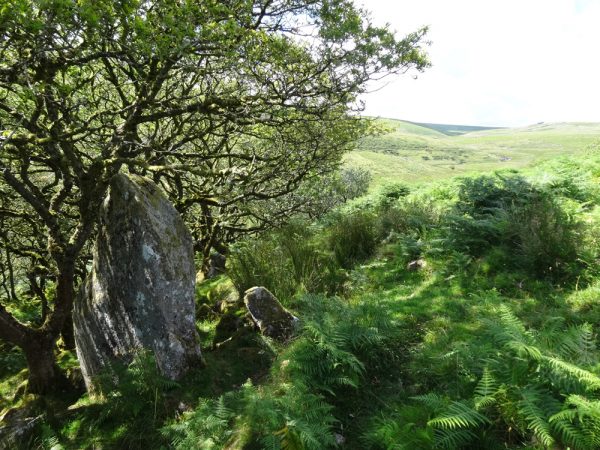 The best way to sum up what has been going on is to give you a precis of the report that will appear in the spring issue of the magazine, which has been gleaned from various online reports.

In late January distressing reports of damage to Wistman’s Wood appeared in local and national media. This special high-altitude oak woodland has become a ‘mecca’ for gatherings, camping trips and even weddings during the coronavirus lockdowns. Owned by the Duchy of Cornwall and managed by Natural England, it is a Site of Special Scientific Interest and internationally important.

Devon county councillor Philip Sanders, a Dartmoor National Park member, says: ‘Up to 400 people are visiting it every day. I don’t want to discourage people from coming and enjoying Dartmoor but many people coming to Wistman’s Wood are not interested in conservation. Until recently only local people really knew about it but with coronavirus restrictions this year people have been coming from further afield. Moss and lichen are being taken, which is illegal… This takes hundreds of years to grow. The route to Wistman’s Wood is a footpath, not a bridleway, yet people have been taking mountain bikes down there. The damage is irreparable.’

Cllr Sanders said there had always been a small problem with litter but that had magnified over the last twelve months. ‘This is a protected area, not a playground, but that is how it is being used. There needs to be some respect for the landscape.’ Dartmoor National Park is looking at ways in which the situation could be controlled, with additional signage being one of them.

Mike and I shared our concerns about the situation, and he subsequently sent me the beautiful images below. It’s clear to see why the wood is such a draw: but why – oh why – does this sort of thing have to happen? It could, of course, be argued that even writing a blog post about Wistman’s Wood gives it unwelcome publicity, but my intention is to draw people’s attention to the problem rather than advertise the wood as a place to visit and ‘batter’. Mike says of his photos, ‘Some were taken on a brief visit last autumn, others were taken on a visit several years ago. I try and visit every year or two (but have probably visited no more than eight or so times in total over forty years). I always take great care not to disturb the vegetation, particularly the moss on the boulders etc.  But I am always horrified by the damage that I do see there where people just scrape moss and lichen away without a care, and over the forty years that I have visited I have noticed a couple of clearly defined worn footpaths or tracks (human NOT animal) developing through the central part of the woodland.’ 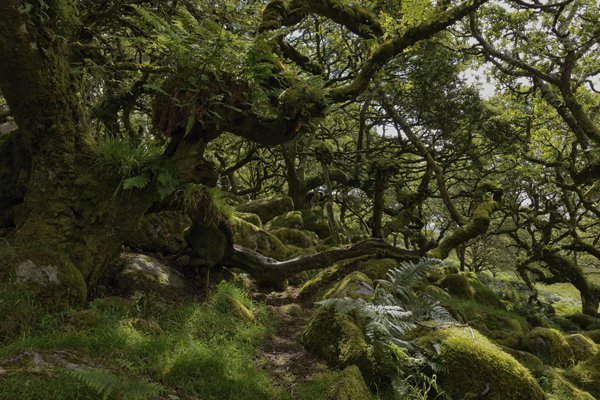 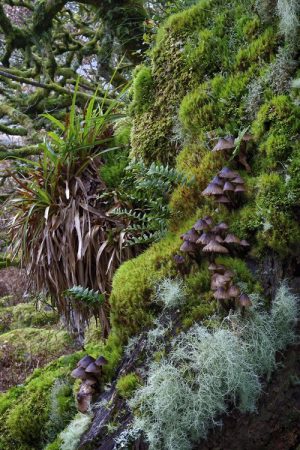 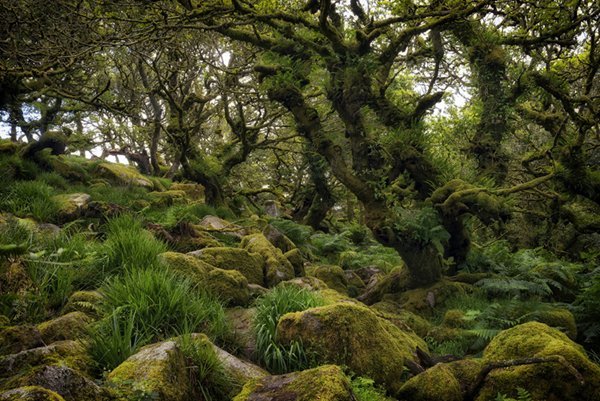 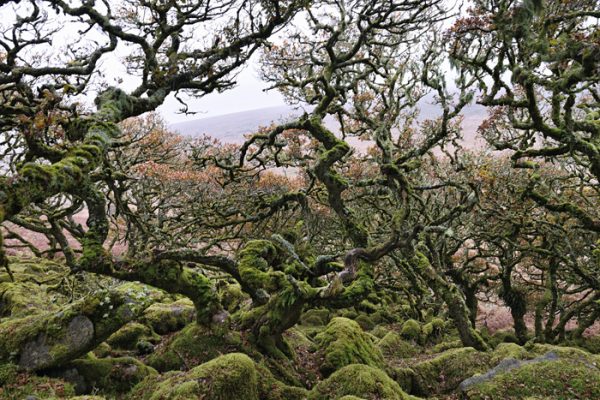 It is to be hoped that the relevant authorities do manage to come up with a successful way of protecting Wistman’s Wood – I reckon we’re going to have a summer pretty much like 2020 in terms of visitor numbers – I don’t envy them in trying to find a workable solution. 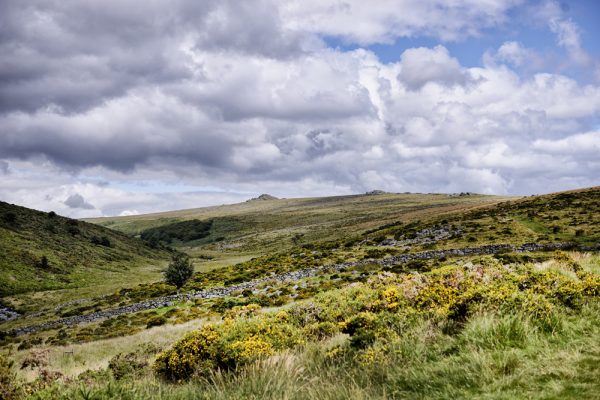 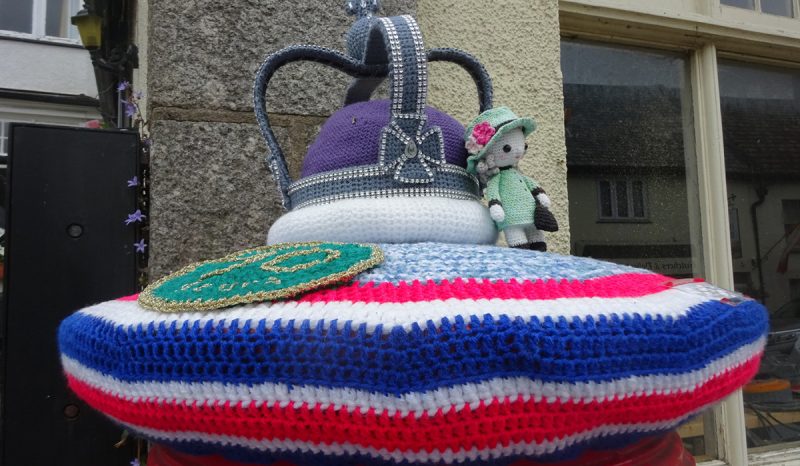